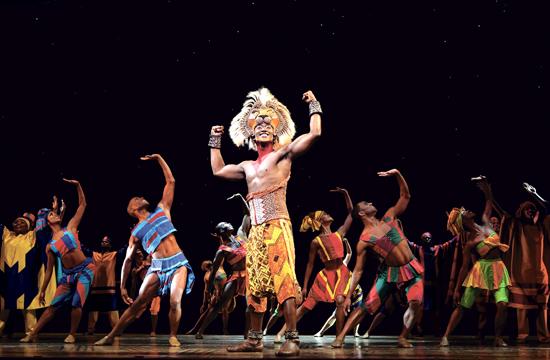 “The Lion King” has roared back to the stage at the Pantages Theatre in Hollywood – the first time since 2006 – for a limited run of shows through Jan. 12 next year.

The musical opened at the famed Hollywood theatre on Wednesday afternoon.

Now in its 16th year, “The Lion King” remains the highest-grossing Broadway show in New York history and one of the most popular stage musicals in the world.

Since its Broadway premiere on Nov. 13, 1997, 21 global productions have been seen by more than 70 million people.

The North American touring productions of “The Lion King” has been seen by more than 15 million theatergoers and grossed over $1 billion to date.

Produced by Disney Theatrical Productions (under the direction of Thomas Schumacher), “The Lion King” is a family-friendly musical based on the 1994 Disney animated film of the same name with music by Elton John and lyrics by Tim Rice.

In this musical version of the film, lion cub prince Simba grows up in the African heartland until tragedy forces him to run away. He ultimately learns to take his rightful place in the animal kingdom, but not without challenges along the way.

The musical features hits such as “Circle of Life,” “I Just Can’t Wait to Be King,” “Hakuna Matata,” and “Can You Feel the Love Tonight.”

The show has a running time of 2 hours and 40 minutes, including intermission, and is recommended for ages 6 and up. Tickets start at $25 and can be purchased online at www.HollywoodPantages.com or by phone at 1.800.982.2787.

The Pantages Theatre is located at 6233 Hollywood Boulevard, just east of Vine Street, and the box office opens daily at 10 am except for holidays.