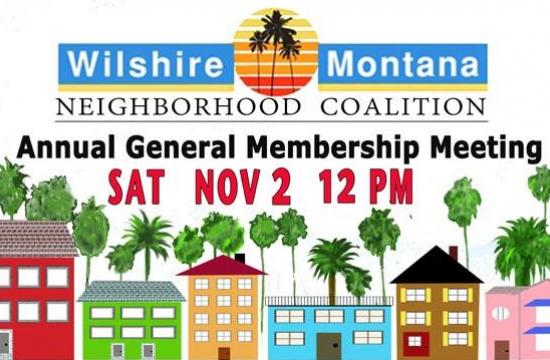 Members of the Wilshire/Montana Neighborhood Coalition (Wilmont) made a few resolutions at the group’s annual meeting last weekend, touching upon some key Santa Monica issues such as development agreements (DA), the Fairmont Miramar Hotel’s expansion plans, and fitness training at Palisades Park, among other issues.

Wilmont members supported a resolution opposing the approval of any DAs or new construction permits until the City Council adopts the Downtown Specific Plan (DSP) and new Zoning Ordinance.

At a City Council meeting in June, a few members on the dais attempted to craft a similar policy.

During the June 11 meeting, Council members Kevin McKeown, Tony Vazquez, and Ted Winterer urged for greater patience in approving DAs – especially with respect to opportunity sites – so that developments could properly sync up with the DSP, which is still being formulated and is expected to be considered by council members as early as March 2014.

The proposed policy of holding off on DA approvals until the DSP was adopted failed to gain enough support from the council – a fourth council member did not join McKeown, Vazquez, and Winterer in the final vote – but the Wilmont resolution made the issue relevant again.

Similarly, Wilmont’s members supported a resolution asking for specific language to be included in the New Zoning Ordinance.

According to City staff, Tier 2 projects are medium-sized developments and are required to have certain community benefits.

Another resolution stated, “Santa Monica is at the beginning stages of a development explosion” and expressed the intent of Wilmont’s members to oppose projects proposing to bring more height and density to the city.

“Not only are we concerned with the traffic and parking issues that will arise from this development, but we are also concerned with the change this will bring to the character of our community,” the resolution stated. “We are therefore opposed to those projects that bring more height, density and traffic to our neighborhoods and support those projects that incorporate adaptive reuse of existing structures.”

The resolution specifically stated the opposition was based upon Miramar’s condominium and hotel development plans “as currently promoted in literature throughout the City.”

No specific literature was cited within the resolution and Wilmont did not provide to The Mirror documentation of how it arrived at its position on the issue.

Still, the resolution opposing Miramar’s expansion alleged there is literature circulating throughout Santa Monica claiming new buildings on the property would be too tall when compared to surrounding area.

The resolution also alleged, “the design is incongruous with a beach town and more appropriately belongs in an urban city such as New York, Chicago or Las Vegas” and the project size “is just too big.”

In addition, “we strongly object to any entrance or exit on California Avenue or 2nd Street,” the Miramar resolution also stated. “The greenery and verdant area should be located on the neighborhood California Avenue side of the property and any building structures on the urban Wilshire Boulevard side.”

“We are opposed to using taxpayer-supported lands as the private outdoor gyms for those who are fit enough, wealthy enough and athletic enough to participate in organized fitness classes, depriving everyone else of the means to enjoy the park as they desire,” the resolution stated.

Finally, Wilmont members approved a resolution opposing the issuance of a Conditional Use Permit (CUP) to the Palihouse Hotel for the sale of alcohol. According to the resolution, Wilmont’s opposition to the CUP was based upon the Palihouse Hotel’s location “a few feet away from a residential building with children and a convalescent hospital across the street.”