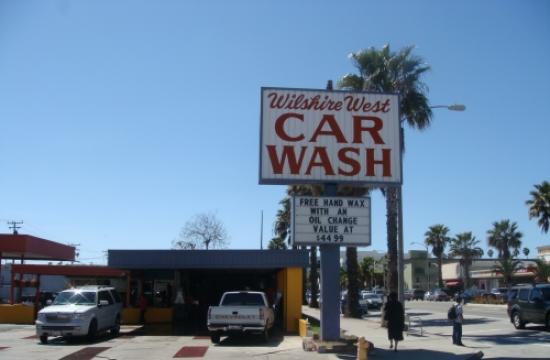 After a three-year investigation, Wilshire West Car Wash, LLC, on Wednesday pled no contest to six misdemeanor charges including failure to record and pay for work breaks.

The criminal case was filed earlier this year by the Santa Monica City Attorney’s Office against the car wash located at 2320 Wilshire Boulevard in Santa Monica.

The case arose out of a joint investigation by the City Attorney’s Office, the California Labor Commissioner’s Office, and the U.S. Department of Labor. The investigation found that numerous labor laws were being violated at the car wash, including:

– not paying employees for all hours worked

Supervisor Rigoberto Torres pled no contest to a charge of failing to provide paid break periods.

The pleas were entered Wednesday at the LAX courthouse of the L.A. County Superior Court.

Coby King, a spokesperson for Wilshire West, said the car wash was glad to put this matter behind it.

“It is unfortunate that the City Attorney’s office chose to handle it as a criminal case, when an administrative proceeding would have had the same result, and since we had corrected these issues before the city even started its investigation,” King said. “We have always has always had great and loyal employees, some of whom have been here more than 10 years. This was a case of technical record-keeping lapses, with no intent to defraud, as the fact that all criminal charges were dropped as part of the settlement shows.”

Under the terms of the plea agreement with prosecutors:

1. Wilshire West must provide full back pay to all 75 affected former and current employees, for the three-year period covered by the investigation. The total amount of the back pay is $656,547.

2. Wilshire West is placed on three years’ probation, under which the car wash must follow detailed rules to assure its compliance with the labor laws.

a. It must pay car wash employees for all hours worked, including time on stand-by status when they are waiting to be re-called to work.

b. It can’t require employees to work “off the clock” before, during, or after their shift.

c. It must give employees a true meal period of at least 30 minutes when they are free from the employer’s control.

d. It must give employees a paid 10-minute rest period for every four hours worked.

e. It can’t alter time or payroll records to reduce the number of hours actually worked by an employee.

Under the terms of his agreement with prosecutors, manager Gary Pendleton must complete 120 hours of community service within the next year.

Supervisor Rigoberto Torres must perform 12 days of hard labor within the next year. These amounts may be doubled if either man violates the terms of his court order.

“The workers get full back pay, some over $21,000 each,” Radinsky said. “The company has to clean up its act going forward, or the court will make sure of that.”