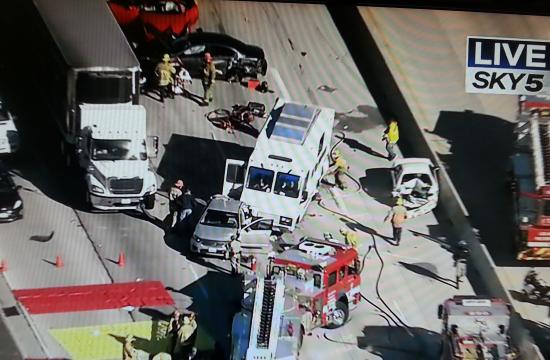 A major traffic accident shut down the southbound lanes of the 405 Freeway at Sherman Way in Van Nuys for about an hour Wednesday morning.

Five vehicles were involved in the accident at about 9:30 am. Seven people were transported to an area hospital for treatment – one with serious injuries and six with minor-to-moderate injuries, according to the LAPD.

According to reports, four other people were treated at a triage area on the freeway and released at the scene.