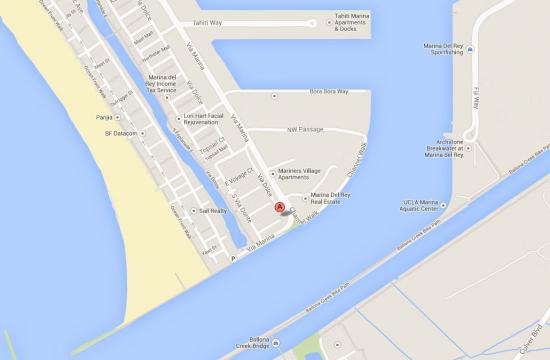 Authorities are investigating a death outside the Shores apartment complex in Marina del Rey after a man was found fatally shot outdoors early Monday.

According to reports, Los Angeles sheriffs responded to the 4200 block of Via Marina Court just before 3:30 am; the man was pronounced dead at the scene.

The identity of the male victim has not been released pending notification of next of kin.

The LA Times reports that only one homicide has occurred in Marina del Rey since Jan. 1, 2007.