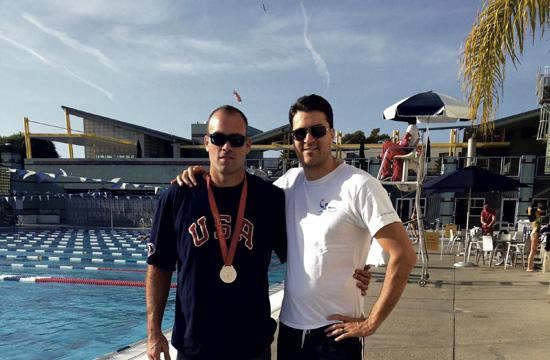 Four-time USA water polo Olympian Ryan Bailey started playing the sport as an eight-year-old. Decades later, Bailey is giving back to the community by part-time coaching at the Santa Monica Splashball and Water Polo Club.

Niehaus said the club is unique.

“In terms of what they are learning, we stand a part,” Niehaus said. “The children are learning from Division 1 players and Olympians.”

He said the coaching primes team members to go from the club directly to Varsity High School teams.

What separates the Santa Monica team from others is the caliber of its coaches. Bailey enlisted his friend, and three-time Olympian Jeff Powers to coach the team, giving the club a broader perspective to water polo.

Bailey has held the center position on the U.S. Water Polo Team for 16 years. At the 2012 London Olympics, Bailey joined teammate Tony Azevedo as becoming the first two men in U.S. history to play in four Olympics in water polo.

Niehaus added the physicality necessitated by the center position makes it one of the most difficult, therefore, one of the hardest to retain for more than four to eight years.

“You have to do everything everyone else is doing and then you literally have someone trying to drown you,” Niehaus said.

Bailey was instrumental in the U.S.’s first win in 20 years at the 2008 Beijing Olympic Games. They won the silver medal, but it took several years for Bailey to appreciate the win.

“With the silver medal, you essentially lose,” Bailey said. “Naturally, I was a little disappointed. It has been five years and now I like it.”

Retired and at home, Bailey wants to inspire children by showing them the result of dedication and hard work.

The Santa Monica Water Polo Club has been coaching girls and boys water polo since 1995. For more information, visit www.santamonicawaterpolo.com.