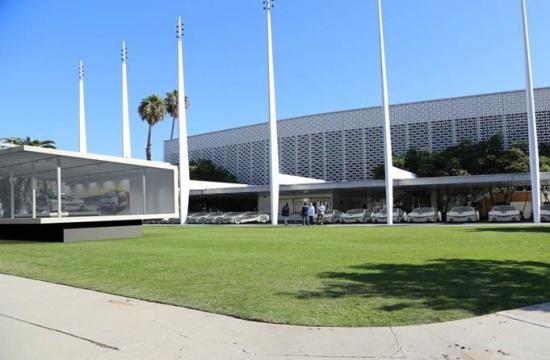 The final item voted on at last Tuesday’s city council meeting was for a resolution establishing interim uses and fees for the Santa Monica Civic Auditorium. While City staff had intended to bring this agenda item to council members in early 2014, the issue was introduced in the final meeting of 2013 to possibly accommodate an event hosted by BMW.

A full council unanimously approved the interim uses and rental fees, which could help infuse some cash and life into the Civic Auditorium, which has been dark since June 30.

As the Civic is now in an interim use phase, the former home of the Oscars is currently available for rent on a limited basis. There are “nominal staff resources and a significantly reduced budget,” according to City staff.

Under the new fee structure, the East Wing meeting room would be $800 for up to four hours and $1,600 from five to eight hours.

The Main Hall, Stage and Lobby, which cultural services director Karen Ginsberg told council members would “be restricted to non-public assembly uses,” ranges from $2,500 per day for a small photography crew to $10,000 for up to 14 hours for certain permitted uses.

The parking lot would also be available depending on how many spaces are reserved.

All parties must pay a cleaning deposit of $1,500 per event.

A second resolution described the potential uses at the Civic during the facility’s interim use, including film shoots, product displays, storage, and certain City-sponsored events.

Yet the highlight of this agenda item was the potential BMW event coming to the Civic in April or May 2014.

“In November 2013, BMW approached the City regarding the possibility of renting the Civic venue for five weeks, during April and May 2014, to host an international hybrid electric vehicle media launch. BMW’s rental of the Civic could earn the City substantial income to offset the Civic’s interim operating costs and would positively impact the local economy,” City staff stated.

According to City staff, the BMW event would result in $300,000 in unanticipated revenue for the Civic.

City staff and BMW are currently attempting to finalize an agreement.

If an agreement were indeed reached, BMW would use the Civic’s interior to store and detail vehicles. The Canopy area would be used for periodic test drives for journalists; specifically, the test drive would depart from the Canopy.