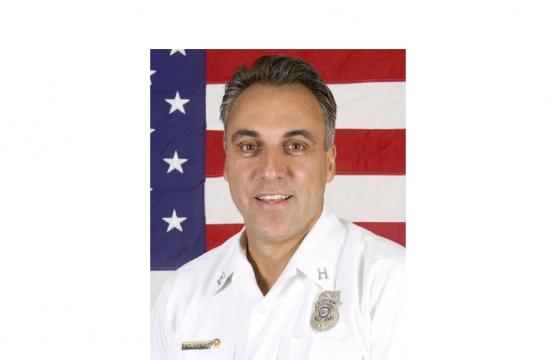 With 27 years under his belt at the Santa Monica Fire Department, captain Jeff Furrows has been promoted to battalion chief. He will begin his duties starting Wednesday, Dec. 25.

Furrows joined the SMFD in July 1986 after serving two-years as a paramedic in Glendale, CA.

During his tenure with the SMFD, he has served as the department’s paramedic coordinator‬ and led the fire department’s medical response to the very first Stadium-to-Sea LA Marathon in 2010.

His most recent assignment was as captain of the Engine 5 “A” Shift Platoon.

Furrows has been awarded Firefighter-of-the-Year twice while with the department, in 1994 and 1997.

“Over the course of his 27 years he has continued to fully engage at all levels, both internally and within our community,” Ferguson said. “Perhaps his greatest gift is that of a teacher. Given our department’s large number of recent retirements and subsequent new hires, this characteristic may become our greatest asset.”

Battalion Chief Furrows resides with his wife Anne and their three children, Cassandra, Christian, and Collin in the South Bay.