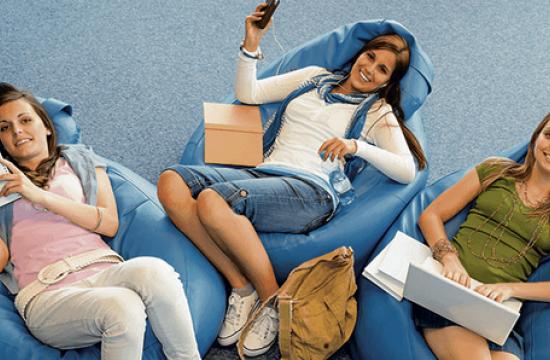 When Santa Monica mom Valerie Hartford asked her son how he spent his 45-minute bus commute each way to school, he told her he listened to music because he’d get carsick from reading his notes. This prompted Hartford to record her son’s notes, establishing the basic concept of her now evolving text-conversion app called Outlines Outloud.

“You know that’s such a big chunk of time,” Hartford says. “That is basically why I designed this because I wanted to create this form. There was nothing out there that allowed him to study on the go.”

Outlines Outloud is a study aid that converts documents from a Dropbox folder or iTunes file and syncs them to a user’s iPhone – the Android app is forthcoming – in audio format.

The app affords students the flexibility to study anywhere, allowing them the optimum access toward their education fulfillment – this has always been Hartford’s interest. Hartford believes a good education for children is the foundation for varied opportunities as adults.

“I have always been interested in children having the tools they need,” she says. “So this app is about helping kids be successful so they can have give a better contribution to society later on or whatever it may be.”

Hartford is now creating a marketing video to give schools a more tangible experience with the app.

“Every educational family loves it,” Hartford says. “They all think it’s a phenomenal idea because it’s a blend of teaching – some students are auditory learners, some are visual learners. When you’re working with the app, even if you’re a visual learner, when you input the information you end up subconsciously absorbing this through different methods, be it reading or be it creating your outline.”

Having no experience in computer or app coding, Hartford looked for two factors in a coder. “One,” she says, “someone who would be able to tell me this is possible, and two, someone who could do it.”

The technology is instep with the direction classrooms across the country are moving in, and with relative speed. For example, teachers are now uploading their lecture notes to online shared folders, providing their students with remote access to class notes.

“The reality is, kids are tech kids and this is what appeals to them,” Hartford says.

“If you’re on a school bus, nobody knows,” she says. “You can be listening to Shakespeare but everyone thinks you’re listening to music. You know, they look cool.”

Hartford can sometimes hear her son’s notes as they play in his bedroom while he gets ready for school.

“His confidence has increased,” Hartford says of her son. “He automatically puts his notes into the app. He knows that even if it comes to the last minute he still has some time to study.”