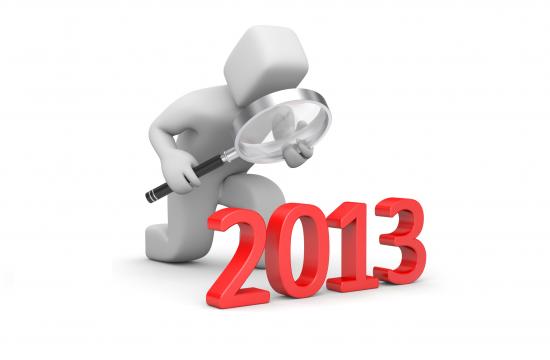 In what could be described as a year of big ups and downs for Santa Monica, here is The Mirror’s run-down of the top headlines from the year.

The biggest, but unfortunately the most tragic, story of the year was the June 7 shootings that left six people dead, including shooter John Zawahri, who was killed by authorities inside the library at Santa Monica College after a 13 minute rampage in the Pico neighborhood. After Zawahri killed his father and brother in the family home, he proceeded to SMC where he killed three innocent bystanders before his own life was taken.

Unfortunately, that day wasn’t the only significant tragedy of the year. As the sun began to set on Sept. 29, a plane making a routine landing at Santa Monica Airport veered into a hangar after landing, erupting into flames. In the days that followed, the community learned the identities of the four victims on board – Morley Builders CEO Mark Benjamin, 63, his son Luke, 28, and their girlfriends Kyla Dupont, 53, and Lauren Winkler, 28.

It was a big year at Santa Monica City Council. One of the biggest and most controversial decisions was a decision to regulate commercial fitness training activity at Palisades Park and other open spaces across Santa Monica. A one-year pilot program is set to commence Jan. 1.

The big “D” word – development – continued to be an issue. Council members voted Aug. 13 to restrict studies for the Downtown Specific Plan’s Environmental Impact Report to proposed developments of up to 84 feet.

A handful of developments were given the green light to begin construction, including the development of a Courtyard by Marriott and Hampton Inn by Hilton. Both hotels will be located near the intersection of Fifth and Colorado – just one block from the future Expo light rail line’s terminus station.

While on the topic of the Expo line, Phase 2 between Culver City and Santa Monica is 50 percent complete and on budget.

For 2014, projects to watch as they proceed through the City approval process include the Bergamot Transit Village Center by Hines 26th Street LLC and a proposed 22-story hotel, which would be built and designed by Gehry Partners, M. David Paul Associates, and Worthe Real Estate Group, at the corner of Ocean and Santa Monica Boulevard.

There are many ongoing local issues that will continue to make headlines in 2014. These include the fate of the “Chain Reaction” sculpture near the Civic Auditorium. Santa Monica Airport will remain in the spotlight, as the current agreement held by the City with the FAA expires in 2015.

And before we know it, the local election season will be upon us. The terms of three of the seven City Council members – Pam O’Connor, Bob Holbrook, and Kevin McKeown – will end in Nov. 2014. It remains to be seen if any of them will run again for another four-year term.

As for the Santa Monica-Malibu Unified School District, the terms of four of the seven Board of Education members – Oscar de la Torre, Laurie Lieberman, Ralph Mechur, and Nimish Patel – will also end.

The Mirror will continue to follow all of these stories and more in the New Year.

Here is a look at some of the top stories from each edition of 2013. Please note that some of the following stories took place up to a week before or after the publication date, depending on whether it was a recap or preview piece.

• Six weeks after a federal judge denied a preliminary injunction request by a coalition of churches to prevent Santa Monica from enforcing its ban against Nativity scenes along a stretch of Ocean Avenue, the attorney representing the coalition filed an appeal challenging the decision.

• Santa Monica College quarterback Alfonso Medina transferred to the Division One football program at Weber State University on a full ride scholarship after a record-breaking season playing football with the Corsairs. Medina passed 2,640 yards with 30 touchdowns overall during the 2012 football season, leading the Corsairs on their undefeated run in the Pacific Conference.

• The Santa Monica City Council discussed development reform for more than five hours on Jan. 8, tackling an agenda item that council members had tabled a few weeks earlier. Though no overwhelming changes were made, the council did alter how the development process will play out.

– The Santa Monica City Council gave the Pico Youth and Family Center (PYFC) a reprieve in the early morning hours of Jan. 9, unanimously voting in favor of maintaining funding for the center through June after more than five dozen speakers pleaded with council members for the City’s continued support.

• The mother and two brothers of the mastermind behind the $10 million Santa Monica home heist in Sept. 2012 were charged as co-conspirators, according to the Los Angeles County District Attorney. As previously reported, Wilmer Bolosan Cadiz, 40, and Jay Jeffrey Nieto, 45, were arrested Sept. 26, 2012 in connection to the robbery where more than $10 million of high-end art was stolen from the home of DoubleLine Capital founder Jeffrey Gundlach earlier that month.

• Santa Monica College students and faculty members appeared before administrators at the College’s Board of Trustees meeting Jan. 15 to speak out about the cancellation of winter athletic and kinesiology classes and urged compensation be paid to part time coaches for the extra hours required beyond their minimal 15-hour stipends.

• Santa Monica City Hall announced that its annual Homeless Count would be held Jan. 30. The purpose of the annual count is to assess the effectiveness of the City’s efforts to address homelessness.

• The Santa Monica State of the City was held at the SGI USA Center. Planning for the future was a topic of discussion among the event’s speakers and nearly 300 attendees.

• “Chain Reaction,” Santa Monica’s iconic piece of public art, was given a reprieve as Council members granted supporters an additional year to raise enough money to potentially save Paul Conrad’s nuclear mushroom peace sculpture. The 6-1 vote meant the Conrad family and community members will have until Feb. 1, 2014, to raise almost a half million dollars in order to prevent the sculpture from potentially being taken down.

• The owners and managers of Wilshire West Car Wash at 2320 Wilshire Boulevard were arraigned in court Feb. 26 for cheating employees out of money and labor over the past four years.