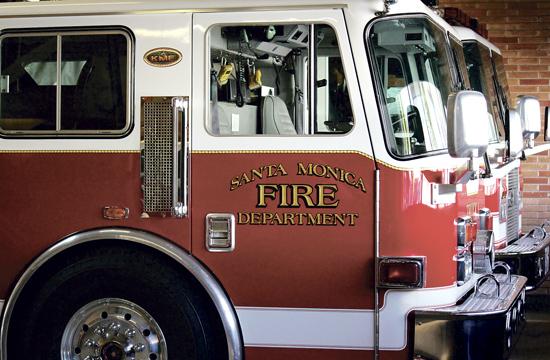 A new fire truck is already on the way. However, before 2013 comes to a close, the City Council still has one more decision to make concerning infrastructure for the Santa Monica Fire Department.

The new fire truck would replace one designated for retirement by the SMFD.

According to City staff, a 1994 fire truck currently in operation is nearing the end of its useful life, becoming less reliable and more expensive to maintain.

All fire trucks are replaced as part of the Fire Vehicle Replacement Program.

The fire truck’s specifications call for an “exterior aluminum formed body type,” which is a durable design and is easier to repair. City staff added the truck should include housing for a high capacity, high-pressure air compressor.

Council members will be returning to chambers Dec. 17 for its final meeting of 2013 to discuss, among other items, design plans for a new Fire Station No. 1.

Renovation plans for Fire Station No. 1 has been in the works since city council approved a feasibility study in 2007. If completed, the new fire station would be at 1337 through 1345 Seventh Street.

Fire Station No. 1 is currently at 1444 Seventh Street. The structure there is about 58 years old and, according to City staff, does not meet current seismic standards for essential buildings. City staff added the current facility “cannot be upgraded to current codes without compromising current and future service demands.”