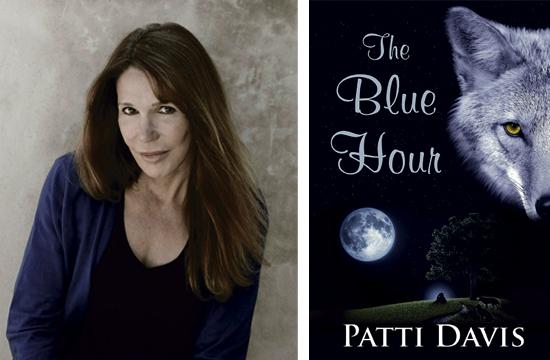 What happens to us if we keep being angry at the people who bullied and tormented us during our lives? If we die with all that anger in us, could we be trapped here? Tethered to earth by the sheer weight of our resentments? Are ghosts simply people who couldn’t get past their own troubled emotions?

And what happens to young bullies when they grow up and have their own children? If they have never made amends, do they pass that cruelty on to their kids? Is it a dark curse that moves from one generation to the next until someone breaks the chain?

These are some of the questions I was asking myself as I wrote “The Blue Hour.” In the novel, a 10-year-old boy named Joshua Baron moves with his parents to a small town in northern California called Clearoak. Situated between the sea and the desert, half the town is often shrouded in fog while the other half is bathed in sunlight. As soon as the Baron family moves into the house that they have refurbished, Joshua feels a presence there.

He becomes fascinated with the man who lived in the house since he was a child, who died suddenly in the town’s hardware store after a troubled and isolated life.

Joshua begins to piece together the man’s past when he finds a portal into another time. He sees some of the men in town when they were young boys. He watches helplessly as they bully and torment a classmate who is poor and sullen, who doesn’t fit in. He starts to figure out who the ghost is.

The people of Clearoak don’t realize their own torment, their own legacy of bullying and cruelty until this 10-year-old boy strips away their lies and their denial, forcing them to look at themselves. Joshua is an old soul, who believes in redemption and won’t be stopped by the boys who end up bullying him.

The men whose past has returned to haunt them realize that ghosts are not always hovering outside; sometimes they live inside people who are foolish enough to think they can outrun them.

“The three men who had tried to drink away ghosts waited on the sidewalk in the fog for a cab to come fetch them. They shuffled their feet on the damp cement and tried not to notice that below the burn of Whiskey, fear trickled in. All around them it was still and quiet, the hour when long-buried secrets rise up and brush past anyone foolish enough to still be awake.”

After eight conventionally published books, this is my second self-published novel through Amazon’s KDP and CreateSpace. It’s also my first foray into young adult fiction. I continue to appreciate the autonomy of being self-published, the fact that I don’t have to argue with a publisher about wanting to write a book in a different genre.

My first self-published novel, “Till Human Voices Wake Us,” had a very adult theme, so this is certainly a different book for me. But I never understood why authors are discouraged from publishing different types of books. It continues to be exciting and extraordinarily fulfilling to decide for myself what I will publish next. I’m quite sure, if I hadn’t decided to publish “The Blue Hour” myself, the town of Clearoak, the wise boy Joshua, and the restless ghost would only be alive on my computer.