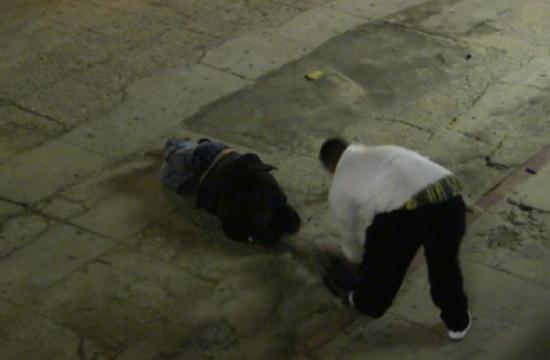 Alleged gang member Apolinar Celestino Lopez, 30, accused of waging an unprovoked attack on a homeless man in Venice on Dec. 30, 2013 in the 1300 block of Ocean Front Walk, pleaded not guilty Tuesday.

He will face a preliminary hearing Feb. 19 relating to the criminal case of one count of assault with a deadly weapon.

The Los Angeles County District Attorney’s Office said the complaint includes allegations that the defendant used a folding chair and a pipe at 4 am and that the alleged offense was committed for the benefit of a criminal street gang.

The charging document also includes two prior felony convictions stemming from Los Angeles County for possession for sale of cocaine base in 2007 and 2004.

Deputy District Attorney David Schorr has been assigned to the case. If convicted as charged, Lopez faces an 11-year sentence in state prison.

The case is being investigated by the Los Angeles Police Department, Pacific Division. The arraignment will be held in Department 144 at the LAX branch courthouse.