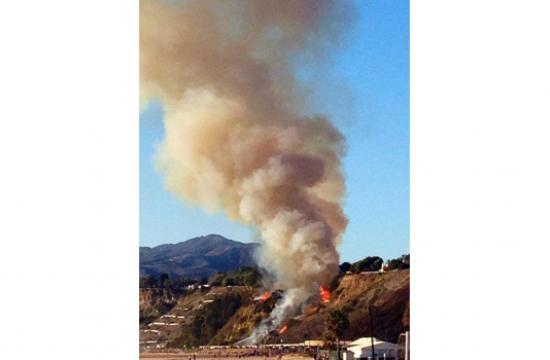 Northbound Pacific Coast Highway lanes in the Pacific Palisades have been closed with roughly a two-acre brush fire burning alongside the freeway.

There are reports of as many as 150 firefighters battling the blaze.

NBC reports firefighters are gaining the upper hand over the flames as crews are making water drops, but strong Santa Ana winds remain a concern.