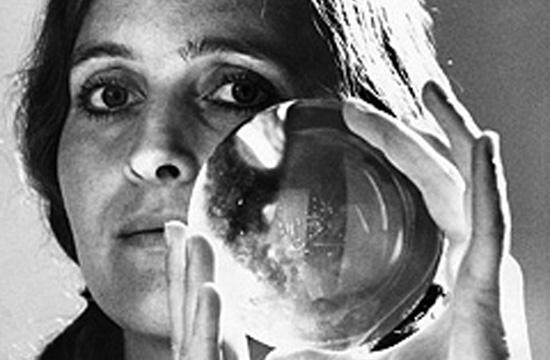 Jacaranda, a series of intimate concert adventures into the realm of new and rarely heard classical music, will host a three-event tribute in January to German artist Mary Bauermeister.

Karlheinz Stockhausen’s 70-minute masterpiece “Stimmung” (“Tuning/mood/atmosphere”), for six amplified voices, will be performed at the First Presbyterian Church of Santa Monica at 8 pm on Saturday, Jan. 25 by VOXNOVA Italia, which is making its international debut with this concert.

Founded 22 years ago in France as VOXNOVA, the widely acclaimed European vocal ensemble will be reincarnated in 2014 with five Italian contemporary vocal music specialists under the direction of founder, bass baritone Nicholas Isherwood.

The American-born singer, a protégé of the late composer, recently moved from Berlin to Rome.

VOXNOVA Italia, he says, has “cracked the code” of Stockhausen’s score by producing the harmonic balances asked for by the composer.

Opening this concert, which recalls the “summer of love” and impossible dreams of the late 1960s, cellist Timothy Loo will provide a point of departure with “Nomos Alpha” (1966) by Iannis Xenakis. The highly complex 15-minute work is considered impossible to perform as written. Loo will employ innovative new technology to completely render the work.

Isherwood, who created the role of “Lucifer” in three of the operas making up Stockhausen’s massive cycle “Licht,” will perform “Capricorn” for singer and electronics, tailored to his voice by the composer.

Isherwood will wear the original 1974 costume designed by Bauermeister. This performance will follow a rare performance of “Kontakte,” a seminal electronic work, in a new high-def digital restoration courtesy of Los Angeles-based composer Jennifer Logan and L.A.’s Occidental College. The 1960 premiere of the 30-minute work was also the occasion in which Stockhausen met visual artist and Fluxus catalyst Bauermeister, who will be present at this concert.

The 80th birthday tribute to Bauermeister, the second of Stockhausen’s four wives, will conclude with an afternoon event devoted to her life and work. Reading in English from her new memoire, published in her native German, Bauermeister will discuss the ideas, both musical and visual, that were exchanged by the couple. Samples of elaborately embellished letters and musical diagrams, as well as her impromptu “altar” to Stockhausen will be on view. A nine-minute animated film, “Tribute to Mary Bauermeister,” in which she appears with such cultural icons as John Cage, Yoko Ono and Nam June Paik, will be screened.