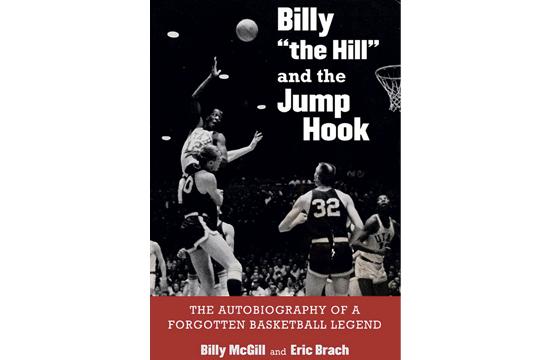 Santa Monica Public Library will present Billy McGill and Eric Brach, co-authors of the book “Billy ‘the Hill’ and the Jump Hook: The Autobiography of a Forgotten Basketball Legend,” this Thursday, Jan. 16, at 7 pm in the Main Library’s MLK Jr. Auditorium, 601 Santa Monica Boulevard.

McGill rose from pickup games in the streets of Los Angeles to record-breaking seasons as the first African American to play basketball for the University of Utah.

As the first pick of the 1962 National Basketball Association (NBA) draft, McGill was well on his way to becoming a basketball superstar.

Instead, plagued by an old high school injury, McGill spent the next five years bouncing from team to team in the NBA and American Basketball Association (ABA) until his career faded away and he found himself homeless in Los Angeles.

A presentation including vintage film footage and audience Q&A will be followed by a book sale and signing.

McGill, a three-time All-American basketball player, led the nation in scoring at the University of Utah and played for the Chicago Zephyrs and N.Y. Knicks. A member of the Utah and the Los Angeles Sports Halls of Fame, McGill is also credited with inventing the jump hook shot. He is retired from Hughes Aircraft, where he worked for many years.

Brach is a lecturer in English at California State University-Dominguez Hills and West L.A. College.

His publishing credits include the screenplay for “Mushroom Men” for Nintendo Wii and hundreds of articles in national publications including the sports website Bleacher Report.

Thursday’s event is free and open to the public.