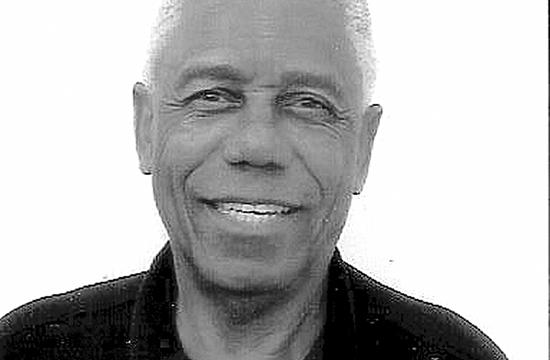 Nat Trives was first elected to the Santa Monica City Council in 1971 and was re-elected in 1975. He served as Mayor from 1975-1979. He has been a Santa Monica Police Officer, and is a professor at Santa Monica College and a volunteer for many civic and charitable organizations.

This series is an opportunity for people to hear each other and to expand the public dialogue. Previous columns featured Patricia Hoffman, Co Chair of Santa Monicans for Renters Rights; Patricia Bauer, Co-Vice Chair of the North of Montana Organization; and former Planning Commissioner Gwynne Pugh.

A lot of people in Santa Monica are saying there is now a disconnect between the voters and the Council. What do you think?

There was a proposal to lengthen the runway to allow for the DC10. The community rejected that proposal and Douglas moved many of his activities out of town but the Santa Monica airport doesn’t have a runway long enough for the bigger planes and that’s what the voters wanted.

Or take the proposal for The Causeway Island Project in the 1970’s. Perry Scott, the City Manager, thought it was a futuristic idea to build this project and that it would be great for Santa Monica. Three Council Members were defeated in the next election because they had supported the project.

The original proposal from Frank Gehry for Santa Monica Place was an incredible model of an enclosed 13 story Galleria. But it was huge and the City Hall was packed at the hearings and the project was scaled way down.

In Ocean Park the Shores originally proposed to build eight towers and only two were allowed.

Voters are like a governor on a truck. If you’re going down a big hill in a truck you need something to make sure you can slow the engine down.

You have been paying attention to Santa Monica for most of your life. You went to Samohi where you were class president and then on to SMC. You’ve worked in the Santa Monica Post Office and you’ve been a Santa Monica police officer. You were President of the Police Officers Union. You went on to be a Council Member and Mayor of the City. What differences do you see from your high school days to now?

You’re talking to a guy who has been in this community since 1949 and I’ve seen a lot of changes.

Do you blame development for traffic congestion?

Take traffic – you can’t get from point A to point B in the same way you used to. So people blame development.

I blame changing demographics. It used to be early in the morning the heaviest traffic was eastbound because people were going to work. Now people are backed up at the 26th Street off ramp to get to work in Santa Monica.

We need to do strategic thinking about work shifts, work force housing, but it takes time.

Let’s just say you’re planning to build and as part of the Development Agreement the developer has to provide x percentage of housing for your employees. Then we have housing in the City for the people who work here and that makes the roads less crowded.

It is really important to think 30, 40, 50 years down the road when you’re in the planning business.

I’ve been wishing and working for a long time for rapid transit that would make people a lot more comfortable to get from Santa Monica to Los Angeles, Pasadena or Pomona and now it’s coming.

Will the light rail coming to Santa Monica reduce traffic on the street?

People will drive until and unless they realize it is more comfortable and cheaper and better to take light rail. That will only happen over time. It has to be more convenient.

I was on the Council when we added cross-town buses to the BBB. It was to facilitate employees and students.

We have a wonderful, active community – jogging, cycling, walking. We have to communicate with each other and market the fact that we have an integrated use of the roadways in Santa Monica.

What about the new and the proposed developments in town?

Any time you can improve the iconic image of the city without harming what the locals think, well that’s the right mix.

Tongva Park is amazing. It was an enormous cost but the City deserves it. We are a first class city and Tongva Park will become another iconic destination point for Santa Monicans and for visitors.

I’m a co-chair of the Friends of the Miramar. They started out with something that needed to be tinkered with. They went through float ups and listened to people and they changed and changed. Now they have a great architect with Cesar Pelli and they have made changes based on the last Planning Commission hearing and the public testimony. I think it will all be worked out.

My own personal history at the Miramar is that we’ve had so many celebrations there and so many important public events. It’s a classic place. No question that they’re going to keep the Morton Bay Fig tree and make it the centerpiece and there will be a new park on the corner of Ocean and Wilshire.

When General Telephone built their national headquarters on Wilshire and Ocean it was a big deal. People ask how did we allow it to be built. Let me tell you it’s got some pretty heavy hitters in there. It’s a power building.

I don’t want Santa Monica to be Dubai but I’m not against height. I want the City to continue to be a prime destination. It’s good for when people came here to visit and spend their money supporting our city. It’s good.

When I was elected Mayor the City population was about 4.7 percent African-American, 8 percent Hispanic, 4 percent Asian. The city hasn’t changed that much in ratio. But people of all colors now live all over the city. I was written up in Parade Magazine as the ‘whitest black mayor in America.’ Their point was because the city was so white.

When Seymour Cohen voted for me for mayor he told me, “Nat, you’re the guy for the job and I don’t give a damn what other people say.” The April 16, 1975 Evening Outlook front page headline read “Nat Trives Sworn in As Mayor of SM.”

I’ll tell you one story that would never happen now. I had been student body president at Santa Monica High School and I was on a date with a white girl and we were in a car with some other kids. Curfew was 10 pm and it was 10:10 pm and we were going home. I was arrested for curfew violation. This was pure racism on the part of the police.

I decided then and there to become a policeman and change the Department. I spent a wonderful 11 years on the Santa Monica Police Force and they are among the best years of my life.

I was at the Civic Auditorium providing police protection in 1964 when Sydney Poitier became the first black man to win an Academy Award for Best Actor for his role in “Lilies of the Field.”

I was head of the Police Union for five years. We supported the mostly black and brown Sanitation Workers strike by giving them funds from the Police Union. I was in the Governor’s Office when Pat Brown signed the most significant legislation for public employees. My goal was to be the Chief of Police.

I was working my way up the ladder at the Police Department when I took a promotion exam. I got good test scores but only a 69 on the oral interview. I knew something was wrong because I never did have any trouble talking to people. Was that racism? You can be sure it wouldn’t happen today.

What do you see happening this year in Santa Monica?

The city council is not really the last resort. The people are the last resort. I honestly feel that people in general, not the core group of activists, judge the quality of their government by the level of service they receive.

I love this community. I volunteer. I offer my service. I enjoyed being on the Council because I felt I could make a difference. I always cared about equity. I always waited for the Public Hearing to make up my mind because a Council Member had to keep up an open mind and listen to the testimony.

The biggest thing I’ve got going this year is that I’m planning my 80th birthday party. Thirty local non-profit organizations will be beneficiaries of the party. Please go online to the website and come to Pacific Park on the Pier on Dec. 9, 2014.