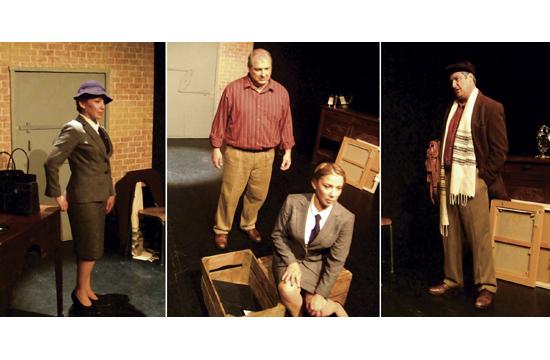 “A Picasso” by Jeffrey Hatcher opens tonight, Jan. 10 at the Promenade Playhouse at 1404 3rd Street Promenade in Santa Monica, which will be followed by a reception.

This cat and mouse drama revolves around art, politics, sex, and truth.

How timely, now 40 years after Picasso’s death and as Museu Picasso in Barcelona celebrates the 50th year of being open, the intriguing relationship between art, history, and politics is again in the news with the discovery recently of more than 1400 paintings looted by the Nazis.

Picasso’s disdain for the German occupation of Paris was often reflected in his work.

In Hatcher’s “A Picasso,” three of Picasso’s paintings have been “confiscated” by the Nazis from their Jewish owners.

She tells him they are planning an exhibition but when Picasso realizes it is actually a burning, he becomes desperate to save his work by calling on all of his talents to out wit her.

Picasso has left more than 50,000 pieces of exceptional art, including 33 Picassos donated by the son of Estee Lauder, to the Metropolitan Museum of Art, which will be exhibited in 2014.

Additionally, a collection of paintings worth more than $1 billion was recently discovered in Germany.

Among those original Picasso works, and those that survived not being burnt by the Nazis, are all an important element, which is what the play deals with.