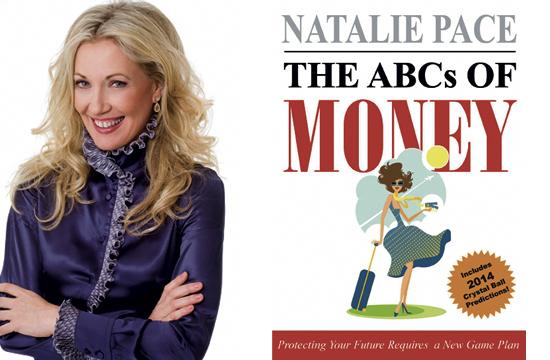 The ABC’s of Money by Santa Monica resident and founder of Women’s Investment Network, LLC, Natalie Pace has spent 42 weeks at number one for “Intro to Investing” on Amazon.

Survival mode was in full effect for Pace. She renovated her condo, sold it and built, brick by brick, her financial empire. Instead of relying on the presumed expertise of financial advisers, she relied on her own financial literacy.

While many investors sold heavily in the wake of 9/11, Pace chose differently.

“I went into the market in August of 2011,” Pace said. “People freaked out after 9/11 and sold their stocks. I looked into what happens after a big event like that, and I found within three to four months the markets have a really good rebound. I bought low after 9/11.”

The decision to stay in was an unpopular one, but unpopular financial decisions, Pace said, are oftentimes the best ones.

“You have to figure it out for yourself,” she said. “But the way I figured it out is now a system called the ‘thrive budget.’ I knew that my bills were more than I could afford. I needed to get my bills down to 50 percent of my income, even if I was going to have ice-cream for my son, so this was kind of a bold move at the time.”

To cut spending and resources, Pace rode her bicycle, and tapped into what she called “The Mom Network.”

“We (the moms) were all making sure the schools had what they needed, picking up one another, for example,” she said. “I did it well before I really needed it, but just because it was the right thing to do with my friends.”

Pace has more than 14 years of pronounced achievements, a track record that speaks for itself, and a resume replete with interviews and guest spots on some of the nations most viewed shows.

She is a blogger on HuffingtonPost.com and a regular guest on national TV and radio shows such as CNBC, “Good Morning America,” Fox, ABC-TV, Forbes.com, NPR, and more. As a strong believer in giving back, she has been instrumental in raising tens of millions for public schools, financial literacy, the arts and underserved women and girls worldwide.

She knows the financial industry has its share of imposters.

“People scream loudly from rooftops that you should do this and that, that people place their nest egg and futures in people with loud talk and no game,” she said. “So I think knowing someone’s track record is really important.”

Pace aims to encourage everyone, no matter their income levels, to gain awareness about their financial futures and the options available to them.

“The beautiful thing about Santa Monica is how varied it is,” she said. “I have had domestic helpers who’ve gone on to start businesses of their own and I have trust fund friends who have lost everything.”

Pace compares financial planning to building a house with a solid blueprint and execution.

“If you don’t build it right,” she said. “You’ll always have something breaking; it’ll cost you money and be just a nightmare, a constant headache. That’s the way money works. If you set it up right, you can fly.”

“If you just jump out there and get a job, find a car,” she said. “You’ll never have that blueprint you need to make it make sense. And when you do have that, man does the future open up and sing for you.”

For more information about Natalie Pace, her investment clubs and retreats, visit her website at nataliepace.com.