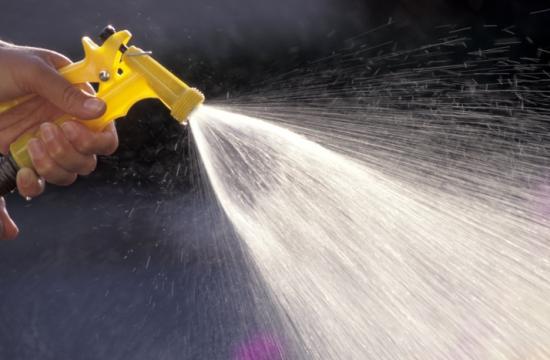 Santa Monica city officials are asking residents and businesses to voluntarily reduce water use 20 percent from 2013 usage in an effort for the community to become water self-sufficient and avoid a drought induced water crisis and mandatory water restrictions.

“The Governor’s call for a 20 percent reduction in water use as a response to the drought dovetails with the City’s goal for water self-sufficiency by 2020,”  O’Connor said.

Due to the drought, O’Connor said reductions needed to happen now to avoid mandatory water reductions later this year.

Currently the City of Santa Monica maintains the capability of producing more than 70 percent of its water needs from local groundwater, with the remainder imported and purchased from the Metropolitan Water District (MWD).

MWD receives the majority of its supplies from Northern California and the Colorado River, both of which have been significantly impacted by drought.

Although MWD expects to meet demands in 2014 because of significant investments in water storage, water transfers, and conservation in preparation for dry years, they too are encouraging customers to use water wisely and efficiently and for cities like Santa Monica to develop additional local water supplies.

If drought conditions continue into the summer and groundwater levels drop, water use reductions are not met, and/or MWD restricts its supplies, the City could implement its Stage 1 Water Shortage which would trigger Water Use Allowances for each water customer including residents and businesses.

Customers would be allocated a certain amount of water during the billing period adjusted for seasonal variations, and a penalty would be assessed for water use exceeding the allocation. Businesses would be allocated 95 percent of their previous year’s average water usage.

The City said there are three top ways to save water:

— Check for and fix leaks. Running toilets are very common and are often ignored but can waste thousands of gallons each day.

— Cut back on watering your garden.

— Replace your toilet. All new toilets sold in California are 20 percent more efficient than models sold in 2013. A $50 rebate is available until June for toilets with a WaterSense label.

Residents and businesses can visit www.sustainablesm.org/water or call 310.458.8459 for more details about rebates and saving water.