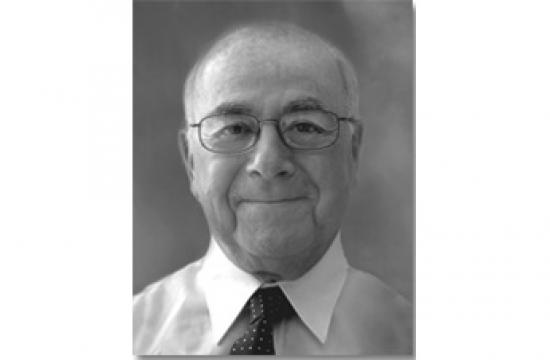 Longtime Santa Monica College Board of Trustees member David Finkel announced Thursday he would resign and retire from the Board next Tuesday, Jan. 14. He cited ill health as the reason.

In a letter to the Board of Trustees, Finkel said he deeply regretted the need to retire.

“Serving the College with you has been a rich and rewarding experience for me,” Finkel wrote. “I thoroughly enjoy being a part of the college community for a number of reasons, not the least of which is that it is the most democratic and creative institution in Santa Monica and Malibu.”

Finkel, who was elected to the SMC Board in November 2006 and served as its Vice Chair in 2009 and Chair in 2010, has had a long and distinguished career in public service and education.

He is a retired Judge of the Los Angeles Superior Court, a former Presiding Judge of the Santa Monica Municipal Court, and an arbitrator and mediator.

He has also been a member of the Santa Monica City Council and its Mayor Pro Tem, and was one of the “charter” parents who formed SMASH.

Finkel was an adjunct professor of political science at SMC prior to his election to the Board, teaching U.S. and California government and politics with an emphasis on constitutional law.

In fall 2008, he resumed teaching the course as a volunteer, while helping students as a tutor in political science, law, and English.

SMC Board Chair Susan Aminoff said the Board was deeply saddened by Finkel’s imminent departure.

“As a Trustee, as a teacher, and as a tutor, he has always been devoted to the College and its students and community, and committed to helping them secure and advance their future. In his letter to us, he said he hoped to resume serving SMC in some way when he regains his strength,” Aminoff said. “We’re looking forward to seeing him back on campus soon.”

The Los Angeles County Office of Education (LACOE) has been notified and has responded with options for filling the vacancy, which include a provisional appointment within 60 days of filing of the resignation.

A recommendation to fill the vacancy by making a provisional appointment is agendized for the upcoming Jan. 14 meeting of the SMC Board of Trustees.

The agenda also includes a recommendation to establish a schedule to fill the vacancy through a recruitment process that starts Jan. 15 with the appointment set for the regularly scheduled Feb. 4 meeting.