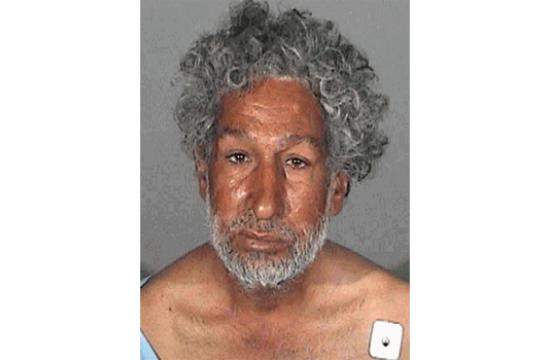 A 54-year-old homeless man who Santa Monica police believe is responsible for at least 10 arson fires over a 10-day span is in custody after an undercover operation.

Moroso said the fires were located at various locations in the center of the city and involved the lighting of trash dumpsters and discarded Christmas trees.

He said these fires led to three apartment complexes being damaged by flames.

“At one of the complexes, the fire had burned into a ground-level garage and was threatening to burn further up, into the living area of the complex,” Moroso said. “Another arson fire caused major damage to a car parked at a car dealership.”

Moroso said officers and detectives worked diligently in trying to identify the suspect.

“The Santa Monica Police Department deployed undercover officers in the areas of the arsons in an attempt to catch the person or persons responsible,” he said. “Their efforts paid off when the undercover officers’ attention was drawn to a man who was seen flicking a lighter several times for no apparent reason and acting suspiciously in the area of where the arsons were taking place.”

The man was detained and a detective was able to respond to the scene and identify the suspect as the arsonist, based on investigative work he had already completed on the case, Moroso said.

Two other witnesses were also questioned at the time of the detention and they implicated the suspect in several arsons, Moroso said.

Anyone with information regarding this investigation is asked to call Detective D’Andrea at 310.458.6679.