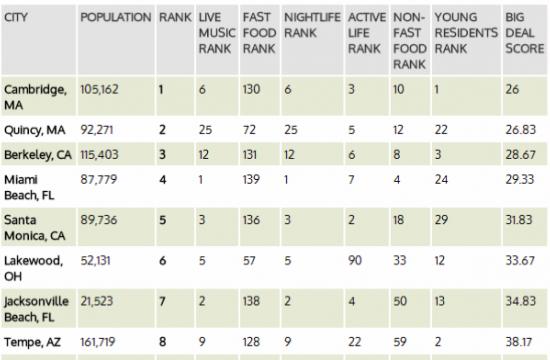 Movoto Real Estate has published a study that analyzed the most exciting suburbs in the United States with Santa Monica placing fifth — the only Southern California city to make the top 15 list.

Movoto took into account amenities, a city’s young population, music and arts and other factors.

“Santa Monica is pretty much the quintessential SoCal beach community, and its excitement can be felt by anyone who’s ever stepped foot on the Santa Monica Pier or the Third Street Promenade,” according to Movoto’s study. “It placed second overall for active options, including the pier, its adjoining beach, and thrilling activities like the Trapeze School New York. For as much fun in the sun as it has to offer, Santa Monica continues to shine after the sun has set. The city came in third overall for nightlife and live music, bolstered by places including The Room and Harvelle’s.”