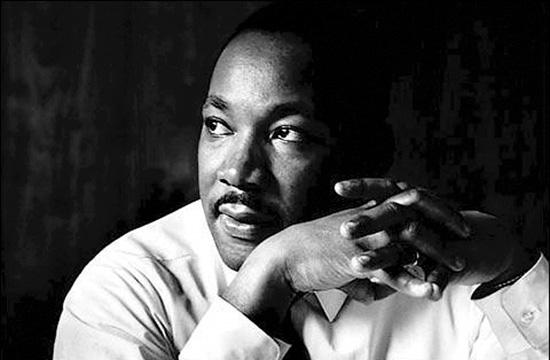 “We are honored to be able to host the Santa Monica Symphony and welcome the community to come to the concert and celebrate Dr. King’s life and his relevance to our lives today” said Ian McIlraith, Director of Peace and Community Relations at SGI.

The piece, inspired by the Harlem Renaissance of the 1920s, is Johnson’s musical exploration of the African American experience in America.

Written during the Prohibition Era and premiered at Carnegie Hall, Harlem Symphony was almost lost until the Baltimore Symphony’s Marin Alsop took an interest, tracked down Johnson’s surviving relatives and found the music to Harlem Symphony stashed in an attic.

“I’m thrilled to be able to introduce the audience to this historic piece of music,” said Guido Lamell, music director and conductor of the Santa Monica Symphony. “It’s a great work that probably no one here has heard before… a true buried treasure.”

Keeping with the jazz theme is George Gershwin’s Rhapsody in Blue.

From the opening clarinet glissando, Rhapsody displays how masterfully Gershwin brought American jazz idioms to the orchestral repertoire. Gershwin was at the piano when the work premiered in 1924.

Sitting at the keyboard on Saturday will be Los Angeles pianist and recording artist Bryan Pezzone.

Pezzone is a crossover classical/jazz artist who is equally at home with classical repertoire and improvisational jazz.

The concert concludes with the civil rights anthem, “We Shall Overcome.”

The audience will be asked to join in and sing along as the orchestra plays and improvises with the song popularized by the Civil Rights movement and Dr. King.

“Unity in Community” is the theme of this year’s weekend of events hosted by SGI and the MLK Westside coalition.

Festivities begin with a Prayer Breakfast on Friday morning, continuing with the Symphony concert Saturday evening and conclude with commemorative events on Monday, January 20.

The MLK Westside Coalition was founded in 1985 and now has more than 40 community partners including the City of Santa Monica, Santa Monica College, the Westside Interfaith Council, and the Santa Monica-Venice branch of the NAACP.

Darlene Evans, President of the MLK Westside Coalition, said she was excited for the weekend.

“We hope the community attends the concert as well as the other events that are a part of our 29th Rev. Dr. Martin Luther King,” Evans said.

As with all Santa Monica Symphony concerts, admission is free.

The Symphony’s final two concerts of the 2013-2014 season will be Sunday, March 9 at 7 pm and Saturday, May 24 at 7:30 pm. Both concerts will take place in Barnum Hall on the campus of Santa Monica High School.