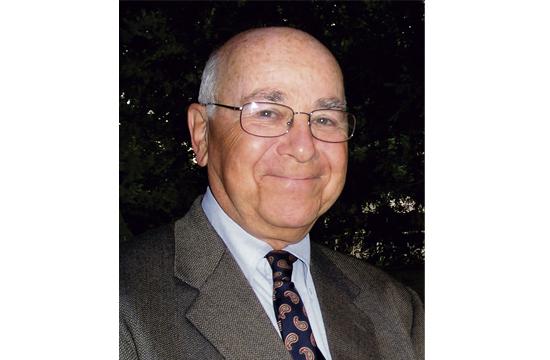 Susan: The political leaders columns started because I had been hearing from people all over the City that there was a “disconnect” between the Council Members and City residents. Do you agree?

David: No, I don’t think we have a disconnect. I think what we have is pluralism.

In the old days, and by old days I mean late ‘70’s and early ‘80’s, everyone was on the same page because there was an overwhelming interest in protecting renters and stopping the rush to demolish apartments and replace them with condo developments.

The general concern of most people to protect tenants hasn’t changed but by dint of the changes in value of land and changes in state law a lot of tenants were driven out of the city. Mandated by the State, Vacancy Decontrol started a pattern of change where tenants were driven out and that resulted in a change in the population as the new people who came to Santa Monica had higher incomes and were able to afford the new rents. The difference in income levels increased disparity of interest between the changing populations.

For example – a young couple moving into a market value apartment in Santa Monica are paying a high rent. They are protected by rent control from their rent increasing unrestrictedly. But they want a high-end life. So they support rent control and also support the new stores, new restaurants, and new industries we’ve seen come to Santa Monica.

I say this in an effort to describe the changing dynamic of the population whose interests coincide with both the old and the new.

This new population came to Santa Monica for the stimulating environment of the City. They liked the political alertness, the physical environment, the high tech image, the commitment to sustainability. They wanted to be a part of a city with thinking, intelligent, on the move people.

At the same time you have a lot of folks who have lived here a long time and are holding on. Each of these two groups, different as they are, have an interest in rent control. For that reason you can understand why SMRR endorsed people keep getting reelected even though there may be significant differences on many other issues.

Rent control has become a value that is part of the fixed constellation in Santa Monica.

Susan: For many reasons – a change in the overall market, the new population you are describing, the completion of the LUCE – there are now great development pressures on the City. When people speak of a disconnect they almost always are speaking of development issues. How do you feel about the new developments proposed for Santa Monica?

David: I do think that the Miramar plans that I’ve seen are just too big. The Gehry proposal is also too big and yet it’s stimulating. Frank’s building is the one I think about the most because it is a classic example of the good and the bad together. It is both interesting and disturbing to me at the same time.

I can’t talk too much about development because it’s not my area of expertise. But I don’t understand why we can’t both have architectural gems and keep the values of our City.

Susan: You talk about the issue being that the proposals are “too big.” What does “too big” mean to you?

David: Too big is a state of mind. If we allow these projects to be built as they are proposed it may be fine but it will change the character of the city. We have to know that. If we allow some to be built we can’t deny others.

If the projects as proposed are developed we will attract a different population and we will not be a progressive community anymore. Because the change in character assures it will become a more standardized and conservative city. It will be a change in the nature of the City. Those of us who are here because of the values and the stimulating environment won’t like it anymore. It is a question of keeping the values of the city alive.

Susan: You are a SMRR member, you sat on the Rent Control Board, and you were a SMRR City Council member. There are now six SMRR endorsed Council Members.Why do you think the Council hasn’t been holding the line on development?

David: The SMRR members are pluralistic. Different Council Members became part of SMRR through different constituencies. Pam (O’Connor), Gleam (Davis), and Terry (O’Day) will frequently vote with the developers. But all of them will hold the line of rent control issues because all the SMRR members and, in fact, most of the City supports rent control.

Pam came to SMRR through friends who were already on SMRR. Gleam came through her work with the public school community. She is an articulate lawyer and a very nice person and she tends to moderate. She’ll listen and then she opens the door to developers and places limits on them at the same time. Terry came through his excellent work on environmental issues. Kevin (McKeown) gives a hold the line analysis on development and votes that way. Kevin and Tony (Vazquez) and Ted (Winterer) are the three SMRR Council Members who consistently hold the line on development.

SMRR itself is divided on the issue of development. Their divisions are usually on where to draw the line rather than being pro the development point of view. Although I must say that development issues were vigorously discussed at the most recent SMRR meeting.

Susan: Tell us a little bit about yourself and your history in Santa Monica.

David: I graduated from the University of Chicago and then went on to USC for law school. From law school I went on to work with the progressive law firm of Margolis and McTernan.I was still practicing law when my wife, the artist Bruria Finkel, and I moved to Santa Monica in the 1960’s. I became a member of the Rent Control Board in 1981 and was a member for five years. In 1986 I was elected to the City Council on the SMRR ticket.

I left the Council and ran for an open seat on the Santa Monica Municipal Court. I sat on the Court until 2002. While I was there we decided that the Courts would be both fairer and more efficient if we merged the Santa Monica Municipal and Superior Courts. We began with a test period during which we could monitor our results. Our model was successful and as result the entire State followed our example.

Susan: You just recently resigned from the College Board. What interested you about the College?

David: When I was on the Council I came to realize the differences between the College, the Council, and the School Board were harming the City. They didn’t cooperate and they were at odds.

I decided to make it my job to change that. We’ve worked hard to develop harmony between the three groups. This has benefited the City. Two obvious examples are: the Civic Center development will have a pre-school and the College will run it; we have high school students taking college classes, as they are ready. When the three groups work together it’s wonderful and it injects power and strength into the City.

Susan: What is your vision for the future of the City?

David: I want the city to be a small gem. I want all the exciting new stuff and I want it to be small in size. I don’t want the City to fall victim to what happens to other cities where money talks and ideas leave and the city becomes rich and boring.