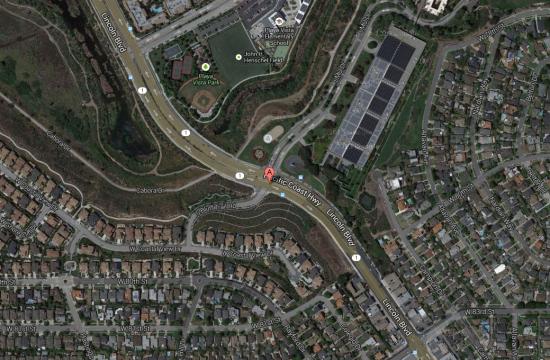 Southbound Lincoln Boulevard in Westchester near the entrance to Loyola Marymount University remains closed after a hit-and-run accident at 4:15 am Thursday.

Authorities are investigating the accident where the suspect fled on foot following the collision near the intersection of South Bluff Trail Road and Lincoln Boulevard.

According to reports, the female driver first struck a pole, then the pedestrian, a man in his 60s who suffered life-threatening injuries.

LAPD-Pacific has issued a statement urging commuters to avoid the area and use alternate routes as the traffic accident investigation is expected to take most of the morning.