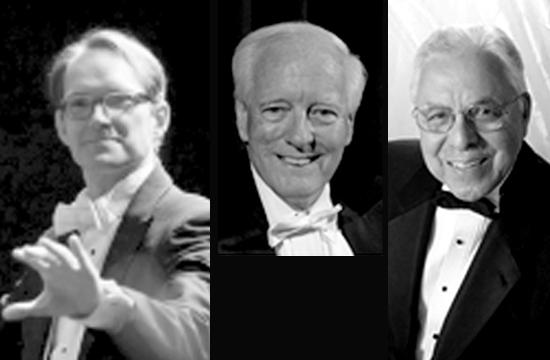 The Santa Monica-Malibu Unified School District presents the 65th Annual Stairway of Stars, a three-part series of concerts that starts tonight and will continue Tuesday and Thursday nights at Barnum Hall on the campus of Santa Monica High School.

The concert series will feature a total of 26 choirs, bands, and orchestras, many of which include students from all 16 schools that make up the district. Naturally, these performances will highlight the talents of music students and teachers as well as the quality of the music curriculum.

The evenings, which all begin at 7 pm, will be split into a choir concert (tonight), a band concert (Tuesday, Feb. 11), and an orchestra concert (Thursday, Feb. 13).

The choir concert will feature African-American spirituals and art songs, whereas the band concert will include music by Karl K. King, Johannes Brahms, Camille Saint Saens, and Chick Corea. Meanwhile, the orchestra concert will emphasize lively musical pieces, ranging from the “Hokey Pokey” to the “William Tell Overture.”

Dr. McNeil is the Professor Emeritus of Music at the University of California, Davis and the founder of the Albert McNeil Jubilee Singers, a traveling ensemble. Nell Walker and Michael Wright, who are both part of the Jubilee Singers, will be guest soloists.

Dr. Lee is the Professor Emeritus, Director of Bands, and the Conductor of the UCLA Wind Ensemble. John Beasley will be guest soloist.

The coveted “Stairway Honor Award Recipient” is annually given to a former teacher, student, or organization that has made a significant contribution to the advancement of the arts and music program in the Santa Monica-Malibu Unified School District.

The Beasley Family will be the 2014 award recipient. Rule Beasley taught a variety of music classes at Santa Monica College and played the bassoon in the Santa Monica Symphony for 20 years.

His late wife, Lida Beasley, taught orchestra at John Adams Middle School, Santa Monica High School, and Santa Monica College. Their son John Beasley is an internationally acclaimed jazz pianist and will be performing at the band concert on Feb. 11. He and his father will be accepting the award.

Advance online ticket sales have concluded, but some tickets will be on sale for $15 at the Barnum Hall box office on the night of each concert, starting at 5:30 pm. Each evening, tickets will be sold only for that night’s concert.

Handicapped parking near Barnum Hall is available on a first-come, first-served basis; disability placard required for entrance via eastbound Olympic Boulevard from 4th Street. All others, please park in the Civic Center parking structure or lot, entrance from 4th Street at Civic Center Drive; $5 flat rate. For a parking map, visit www.smmarts.info/VAPA-SAMOHIParking.html.