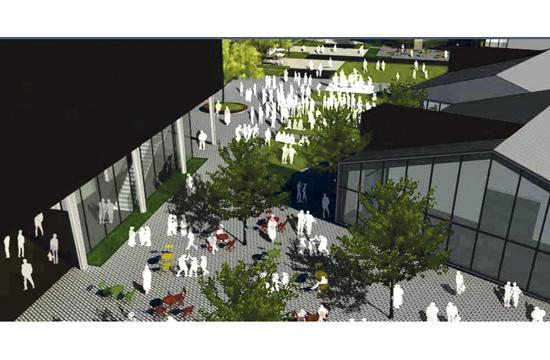 The beginning of February witnessed the Santa Monica City Council approving a large multi-use development to be built in the Bergamot Station area. As February comes to a close three weeks later, council members put off making a decision on moving forward with a development team to develop an arts-themed project in the same part of town.

At Tuesday’s council meeting, the City’s elected panel unanimously voted to delay selecting from one of three development teams to enter into exclusive negotiations to develop the Bergamot Station Arts Center until more information could be made available to them from City staff.

Yet, those three teams will have to wait a little bit longer to find out whom the council will select to enter into an exclusive negotiation agreement, as City staff will return to the council with updated information in 30 to 60 days.

Council member Kevin McKeown acknowledged a lot more could happen once negotiations with the development team take place, but he was uncomfortable selecting any of the three finalists based upon the information currently available to the council.

“I thought tonight was going to be about art,” McKeown said. “Right now, I feel as if I have been served with undercooked eggs. I don’t feel the council has all the information we need.”

With the delayed vote, McKeown hoped City staff would engage in more conversation with the current art galleries at Bergamot Station, incorporate the Arts Commission into the process, and include any other parties who want to have a conversation with City staff or the developers.

Council member Gleam Davis warned against the proposed project becoming too “cool” for its own good, hence having an extra month or two to vet the three development team finalists would help make for a better project.

“We don’t want to turn it into The Grove dressed up in art,” Davis said. “I really want to hear from the people who are at Bergamot now. There seems to be overwhelming support for the idea of, ‘if it ain’t broke, don’t fix it.’ My concern is we’re trying to fix it up a little too much here.”

Council member Bob Holbrook echoed the sentiment shared by his colleagues that preservation was a vital issue and more time was need to ensure such preservation.

“We need a little more time to look through this thoroughly,” Holbrook said. “It’s really important we get this right.”

The proposed Bergamot Station Arts Center would be located at 2525 Michigan Avenue and within walking distance of the recently approved Hines project at the old Papermate building near Olympic Boulevard and 26th Street.

Santa Monica used transit funds to purchase the 5.6-acre lot, which currently consists of five buildings, in 1989 with the intent, according to City staff, “of serving future transit needs in Santa Monica and providing a source of revenue for the Big Blue Bus.”

There are currently 30 creative small businesses operating at Bergamot Station Arts Center including art galleries, product designers, a café, and a non-profit theatre company. Collectively, the tenant subleases bring in $528,000 annually to the City.

According to the City staff report, Santa Monica’s goals for the site include supporting the arts, delivering a transit-oriented development, and maximizing revenue for BBB operations.

The 26Street TOD Partners proposal carried the highest price tag at a little more than $92 million. REthink Development/Kor Group’s proposal was priced in at about $81.7 million, while Bergamot Station LTD/Worthe Real Estate Group estimated its project would cost about $80.4 million.