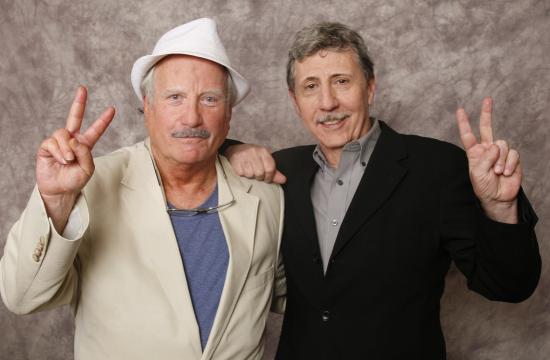 Celebrity photographer Frank Capri has returned to Los Angeles’ Westside with a resume that grows evermore impressive and an internship program he wished were available to him during the infancy of his career.

Born in Washington, D.C., Capri continuously felt an affinity toward East Coast dwellings, evident in his Miami stint as set press photographer for the iconic 80s cop drama, “Miami Vice,” for which he received the key to the City of Miami Beach. But one of his earliest residences was the historic site, formerly The Embassy Hotel Residences on Washington and 3rd Monica. Capri lived at the Embassy for a year before moving to New York where he lived on the same city block as The Empire State Building.

“It doesn’t get anymore quintessential New York than that,” Capri quipped.

He was seated at a table in his studio, a lush carpeted condo apartment near San Vicente and Wilshire Boulevard. His walls lined with recognizable images of celebrities such as Sarah Jessica Parker, Glenn Close, Laurence Fishburne, and astronaut Neil Armstrong. Capri reminisced over a career that began decades ago and presently, a career that continues in varied mediums.

Although known for his photography, Capri is also an author, filmmaker, futurist, and cosmologist. He said cosmology and photography were sources of solace during a childhood in a family he described as “dysfunctional.”

“Photography was therapeutic,” the veteran celebrity photographer shared. “I came from a rough family and had to turn inward. I had to develop strong inner strength.”

That strength bred studiousness; in college he studied pre-med for a year and later earned a Masters degree in Social Psychology.

Capri said pursuing photography felt like a natural direction, but what he lacked he said, was business awareness, an aspect he aims to instill in his interns.

“I made a pledge to myself,” he said. “When I make it I am going to have an internship program to help people like I would have liked to be helped.”

Capri believes helping others is vital, but he is not a proponent of total self-sacrifice.

“When you’re helping others you help yourself,” he said.

His internship program includes photography as well as marketing and public relations, film, and writing. Most of his current interns are enrolled at The Art Institute in Santa Monica.

“I started it 20 years ago as a service for aspiring photographers, writers, and filmmakers. But after implementing it, I found that I was the one who gained the most due to the personal satisfaction. The interns became like family!”

Capri believes positive thinking and determination is a recipe for success, and that adversities can be advantages.

“Believe the dream and make it happen,” Capri said. “Some people talk the dream but leave the escape door open. Before you know it they are rationalizing their way out of the dream.”

Capri believes putting yourself on the path toward your dreams is only the beginning, the bare necessity.

“You don’t want to look back with regrets. I feel part of my job is to nurture the interns. They are conditioned to recite their resume. Many of them have never asked themselves, ‘what do I really have the passion for.’”

Visit frankcapri.squarespace.com or email him at frankcapriproductions@gmail.com to find out more about his internship program and forthcoming projects.