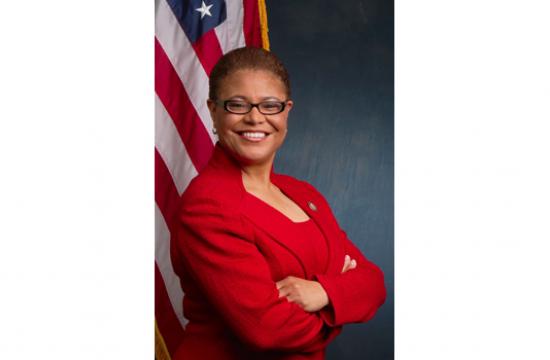 More than three months after she wrote a letter to the administrator of the Federal Aviation Administration (FAA) declaring Santa Monica Airport (SMO) a danger to the health and safety of those living near the airstrip, Congresswoman Karen Bass (Dem-37th District) will be speaking Tuesday evening at a special meeting of the North Westdale Neighborhood Association.

North Westdale is a Los Angeles neighborhood almost adjacent to the eastern most edge of SMO.

The meeting will be Feb. 18 at 7 pm and held at Saint Andrew’s Lutheran Church – Sanctuary, 11555 National Boulevard, Los Angeles 90064 (near Federal and National).

Bass’ Nov. 7 letter Michael P. Huerta of the FAA urged the federal agency to allow the SMO permit to expire in 2015 and shut down the airport. She also joined Rep. Henry Waxman in requesting the FAA take part in community meetings with area stakeholders to help determine the future of SMO.

The Nov. 7 letter was written about five weeks after a small plane crashed into a hangar moments after touching town at SMO on Sept. 29.

More information about the North Westdale Neighborhood Associaton can be found on its website, www.northwestdale.com.