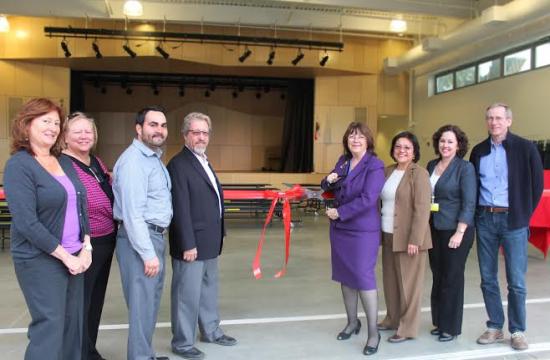 Santa Monica education officials held an opening celebration for phase one of the new $33.67 million Edison Language Academy on Jan. 21.

Phase one of the project included the construction of 27 K-5 classrooms, Cafetorium (cafeteria and auditorium), library, administrative offices, and a computer lab.

A public opening celebration will be held once Phase 2 (playfield and preschool) is complete in the fourth quarter of 2014.