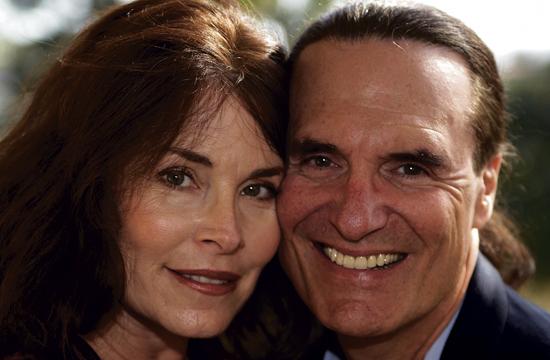 I was just a kid of 25 having dinner with relatives at my parent’s home in Westwood. It was 1975 and being single was more fun than ever! I was married, so I was committed to married sex. Yet, for 100,000 plus unmarried people on the Westside, sex was so easy with so many strangers at local discos and fern bars that asking someone’s first name wasn’t even part of the courting ritual.

“Courting”? Did I mean to use an old-fashioned word to illustrate the dating scene in the mid-70s? Dating was almost too long a commitment for the hoards of male and female cruising heterosexuals who couldn’t be bothered to spend time, money or the exchange of simple pleasantries. Why bother to introduce yourself or say anything other than, “Wanna’ make it?” (or, whatever phrase worked for you back then).

Those were the good ol’ days of pre-AIDS sexual freedom when almost no one was concerned about catching a social disease. It was assumed that if you dressed nicely, wore neck jewelry, and hyped yourself with impressive credentials you believed would get you a score, you were deemed to be successful, healthy, and a possible partner (of some sort).

Yes, those were the days where you could see a disease coming (or oozing) before you exchanged body fluids with complete unknowns, and lived and boasted about your romantic adventures.

It was at my family’s dinner party where we practically accosted my 23-year-old female cousin who complained, “I can’t meet any nice Jewish guys.”

She had abruptly rebuffed all attempts to fix her up, go to a temple dance, or meet someone at work. (It was even pre-classified singles ads days; unless you counted the LA Free Press’s X-rated offers).

No amount of help was received well.

“Enough!” I stood up and bellowed. “Why not put yourself on TV and advertise for guys to find you?” Everyone was stunned and knew not what to think or believe. But, I saw the wry smile on Estelle and Sandy Ullman’s faces. My parents knew from whence that wacky notion birthed: I was in the vanguard of ‘video guerillas,’ owners of the very first camcorders imported from Japan: crude black and white, reel-to-reel videos, which were portable and impressive enough to stop people on the street and ask: “Are you from 60 Minutes?”

My parents knew what had happened the first night with my graduation from UC Berkeley’s School of Journalism: I had a rice, wine, and cheese party at my over-flowing Berkely commune. Dozens of bedazzled (and frankly, Panama Red imbibers) were mesmerized by the “instant television.” (Don’t forget that this was 1975, 15-20 years before camcorders were even in 5 percent of American households.)

Anyway, a filmmaker friend came over the next day because he couldn’t come the night before. “WHO is that chick, man?” I cranked back the reel-to-reel video. “Susan,” I think. I introduced them. They got together and moved out of the Bay Area – I believe it was video dating’s first success couple.

But, being only 22 and not the slightest bit interested in anything other than changing the world on a macro basis, I didn’t give this million-dollar entrepreneurial moment a nanosecond thought. Until… three years later at my parent’s home.

Video dating (specifically, the brand, ‘Great Expectations’) was born that night in Westwood. Four months later on Leap Year Day we opened for business in a windowless Century City hightower. Business boomed during the first month and, as the sole employee working 100 plus hour weeks, I lost 26 pounds in March 1976.

It was 38 years later when my wife, Cindy (from Beverly Thrills) and I opened the first venture designed to help exceed couples’ greatest expectations: We launched Twoology.com, the web’s one-stop horn o’plenty for couples.

Still to be told: What actually went on inside the commercial singles industry and the tens of millions of singles between Leap Year Days 1976 and 2014? Stay tuned….