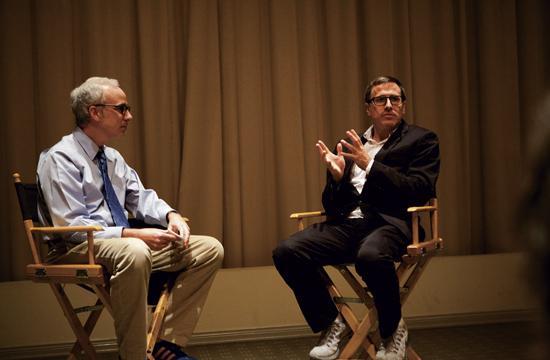 The Vidiots Foundation in Santa Monica will host award-winning director David O. Russell this Sunday night for a discussion and screening of clips from his most recent film “American Hustle.”

Russell released his debut feature-length project, “Spanking the Monkey” in the 90’s. He later directed the action drama “Three Kings” and the comedy “I Heart Huckabees.”

Russell has earned Oscar nominations for his directing work on 2010’s “The Fighter” and 2012’s “Silver Linings Playbook” for which he won numerous awards: BAFTA award for best adapted screenplay, AFI Award for Movie of the Year, Hollywood Film Festival-Director of the Year, Independent Spirit Awards-Best Director/Best Screenplay and the Humanitas Prize for Feature Film.

His latest film “American Hustle” won the BAFTA award for Best Adapted Screenplay, the SAG award the Cast, the AFI award for Movie of the Year, and is nominated for 10 Oscars.

Tickets to Sunday’s event are $15, and can be purchased online vidiotsfoundation.org by clicking on Paypal “buy” button for preferred event.

Tickets can also be purchased in person at Vidiots, 302 Pico Boulevard, Santa Monica or call 310.392.8508 and pay by phone with a credit card.

All proceeds go to The Vidiots Foundation and are tax deductible. Parking available at Civic Center off of 2nd Street and at 1571 4th Street.

Doors open at 7 pm where there will be refreshments and boogie a little to the soundtrack of “American Hustle.”