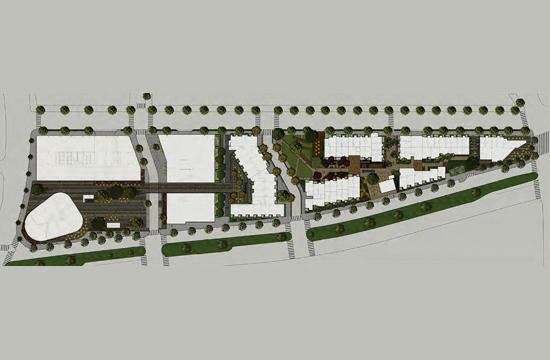 In a predictable series of events Tuesday and Wednesday evening, the Hines development agreement (DA) officially moved forward and a group of residents carried through with the launch of a referendum campaign to veto the now-approved Bergamot Transit Village (BTV) at the previous Papermate facility at 1681 26th Street.

The first proverbial shoe dropped in the early stages of the Santa Monica City Council’s Tuesday meeting, when council members voted 4-3 during a second reading to approve the Hines DA, allowing Hines 26th Street LLC to move forward with its proposed BTV project. If realized in its current iteration, the project would bring a 765,095 square-foot mixed-use development to the corner of Olympic Boulevard and 26th Street.

Less than 24 hours later, the second shoe predictably dropped: about 250 residents gathered for a meeting at the SGI Culture of Peace Resource Center in Santa Monica to begin the referendum process in an attempt to veto the BTV project.

Both the council vote on second reading and the residency campaign launch at SGI followed a vote last weekend by Santa Monicans for Renters’ Rights (SMRR). On Feb. 8, the SMRR steering committee voted 9-1 to support a referendum campaign.

The referendum campaign also gained the support of other resident groups such as Santa Monica Coalition for a Livable City (SMCLC), Mid-City Neighbors, and Wilshire Montana Neighborhood Coalition (Wilmont), among others.

Melkonians, through his website Residocracy.org, took the initiative in coordinating the referendum campaign launch and spent about $2,500 in printing signature packets to ultimately submit to City Hall. Some of those in attendance donated money to Residocracy.org to help offset some of the costs.

Those signature packets are almost 400 pages each. There are more than 110 entries for signatures in each packet, which also includes the actual 375-page DA.

According to Santa Monica City Clerk Sarah Gorman, those who support a referendum have a 30-day window to collect signatures and submit them to her office. The clock began ticking Tuesday evening, when council members lodged its 4-to-3 vote during second reading – which means the signatures must be ready by March 14.

If enough signatures were gathered by the deadline, then a decision would be made about scheduling the referendum.

According to Gorman and former Santa Monica mayor Michael Feinstein, it is too late to have a referendum on the June ballot.

Therefore, only two options exist: either have a special election with voters heading to the polls solely to vote on whether or not to allow the Hines DA to move forward; or, have the referendum appear on the November ballot amidst other measures and offices.

If the special election route were chosen, there would be significant costs involved, whereas placing the referendum on the November ballot would not incur any additional taxpayer expenditures.

The exact costs for a special election has not yet been determined, though The Mirror anticipates having greater perspective of the finances involved in the next week.

Indeed, more specifics of the referendum will be included in The Mirror’s next article on this issue, including potential costs of a special election, what happened in previous referendums in Santa Monica, and potential strategies from the organized residents, City Hall, and the developer.