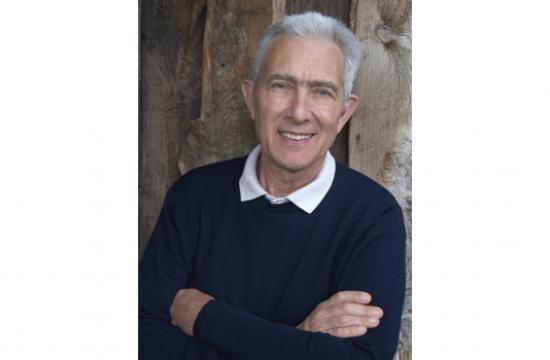 “There was a fantastic public school system in Los Angeles when I was growing up,” Steinhardt recalled.

Thanks to the rich arts and music program at his elementary school in Echo Park, the acclaimed violinist had the opportunity to choose an instrument to learn to play. At the end of the year, after advisory comments from his music teacher to continue taking violin lessons, the $2 deposit was returned to Steinhardt’s parents.

And with that, his career as a violinist continued to blossom. In high school, he was fatefully met with yet another excellent music program. As he kept persistent with the violin, his natural talents and acquired skills became all the more sharpened. He debuted at the tender age of 14 with the Los Angeles Philharmonic. Steinhardt would later go on to help found and be a vital part of the internationally renowned Guarneri String Quartet, with whom he traveled for 45 years and performed about 4,000 concerts.

Today, he teaches, blogs, and writes in addition to playing and performing. He lives in New York and teaches at the Curtis Institute of Philadelphia. He also finds time to teach at the Culver Music School in Downtown Los Angeles.

This Thursday at 7:30 pm, Steinhardt will be special guest performer at a Los Angeles Chamber Orchestra concert at the Moss Theater in Santa Monica.

The performance will be part of the launch of the Westside Connections chamber music series.

Since he hasn’t lived in Los Angeles since he graduated from high school, Steinhardt said he looked forward to the concert.

Out of all the worldwide locations, the city he was born and raised in naturally holds an irreplaceable role in his life.

The three-part music series carries the theme of “LA Influential,” focusing on the impact that Los Angeles has had in the realm of arts and culture.

Steinhardt will be one of the special guests who will present how they have been influenced by the city.

It is clear as to why he never stopped pursuing the mastery of his instrument – his passion for the violin has not faded in the least.

“I still get butterflies,” Steinhardt acknowledged when asked about what it’s like to perform today. He considers such pre-performance nervousness an “asset” as it provides an “extra shot of adrenaline” and a sense of excitement.

To him, music is a form of spirituality.

“It’s quite mysterious because on the one hand, it’s not food or a roof over your head, so you’d think music doesn’t have much significance,” Steinhardt said. “But there’s no culture or people who don’t drive incredible meaning out of a form of music.”

As a musician, he has discovered that music is an instrumental part of the human experience.

“Some of the most affecting and beautiful moments in life have derived from my response to music,” he said.

Steinhardt considers himself blessed to be able to interact with music for hours for a living.

As for future plans, one thing is certain: Steinhardt’s concerts are ongoing and international, which invites a fair amount of traveling into his life.

He’s recently returned from teaching in Germany, and had been in China a few weeks before that. He keeps a busy schedule, to say the least, but still skillfully manages to teach, blog about his experiences, and continue to perform.