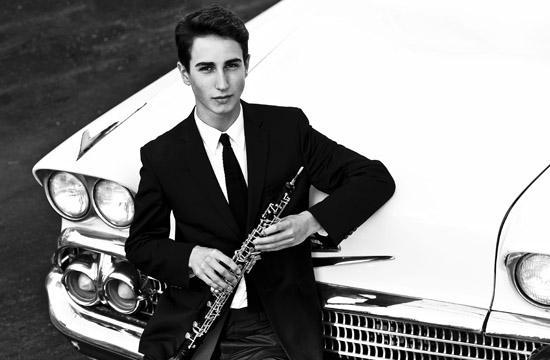 Santa Monica High School senior Ryan Roberts and oboe player has been chosen, one more time, to participate in the National Youth Orchestra of the United States of America.

Last year, Roberts was selected and participated in the Inaugural National Youth Orchestra of the United States of America.

He traveled on a sensational tour with maestro Valery Gergiev, Principal Conductor of the London Symphony, and violin soloist Joshua Bell, traveling to Washington, DC, St. Petersburg, Moscow, and London.

As a 2014 member of NYO-USA, Roberts will have the special opportunity to be part of the orchestra’s first United States tour, one that will introduce NYO-USA to its home audience in a coast-to-coast journey with two of America’s foremost musicians, conductor David Robertson and violinist Gil Shaham.

A special highlight of this year’s tour will be NYO-USA’s Carnegie Hall debut, which will be broadcast live by WQXR and on other public radio stations nationwide.

NYO-USA’s 2014 season runs from July 5 through August 6, and begins with a two-week residency at Purchase College, SUNY, in Purchase, NY, where the orchestra will train with Orchestra Director James Ross and a faculty of the finest principal players from many of America’s greatest orchestras.

NYO-USA will shine a light on the extraordinary talent of young American instrumentalists, showcasing the vibrancy and diversity of this group and offering each participant a life-changing musical and cultural experience.