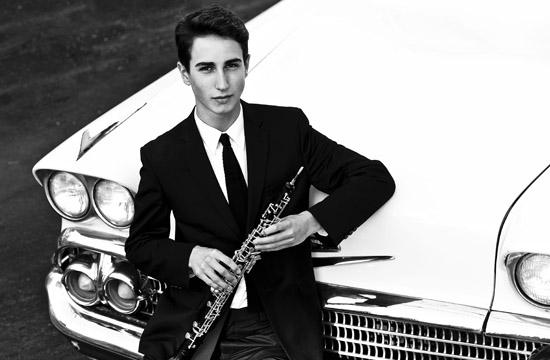 The Music Center, one of the largest and most renowned performing arts centers in the nation, has announced 124 talented Southern Californian high school students as semifinalists of its 26th Annual Spotlight Awards.

The mission of the Spotlight Program is to help high school students acquire the skills necessary to pursue their dreams in the performing and visual arts.

Out of the 124 semifinalists who were chosen from more than 2,500 participants, two hail from Santa Monica and were chosen for their talent and work in the performing arts.

Both semifinalists have received the opportunity to attend special master classes with experienced, acclaimed artists who share their expertise and teach performance technique.

Ben Ross, a sophomore at Santa Monica High School, is one of the local semifinalists. He auditioned in the category of non-classical voice, as he specializes in musical theatre.

He is part of the drama and choir programs at Samohi.

Ross said he was grateful for the intensive audition process, describing it as a “real-world experience” that he is glad to have experienced.

His favorite part of the audition was being able to work with former performer Karen Morrow and to witness her individualized process with each performer and experience her personalized attention and advice.

Ross started singing at the age of six, which is also when he began performing in shows.

This early entrance into stage life is unsurprising, however, as his immediate family members are in one way or another part of the performing arts.

He plans on pursuing a career in this field and majoring in musical theatre in college.

Ross said he wanted to share his art with other people and to exchange a mutual energy through music.

He said it was “something that can’t be created with any other means of communication.”

“There’s nothing else like it in the world,” he said.

He was selected based on his oboe audition in the classical instrumental category.

The oboe has been his instrument of choice since he was 12 years old.

At school, he said he was part of the Symphony Orchestra and the Wind Ensemble, serving as the principal oboe player in both groups.

Roberts said he became enthralled by the sound of the oboe when he was younger because of the instrument’s prominent role in the woodwind section and solo melodies in orchestral literature.

He said his favorite part about performing was sharing his craft with the world by emoting through his instrument.

Roberts said the catharsis of self-expression was worth the journey for him, “even though it may take a while to get to a level where complete comfort with a musical instrument is reached.”

His influences include his current teacher at Samohi, David Weiss, who was formerly the principal oboe player of the LA Philharmonic.

As far as future plans go, he has narrowed his college choices down to music conservatories. He plans on pursuing a career as an oboist or as a conductor.

Though Ross did not make the finals, he has still had the chance to collaborate with a former Broadway performer in the offered master class.

Roberts is awaiting the results of the final rounds of his musical category, which will be revealed March 8.

The Center is nationally recognized as a leader in arts education, providing resources for students and teachers in schools and community centers.