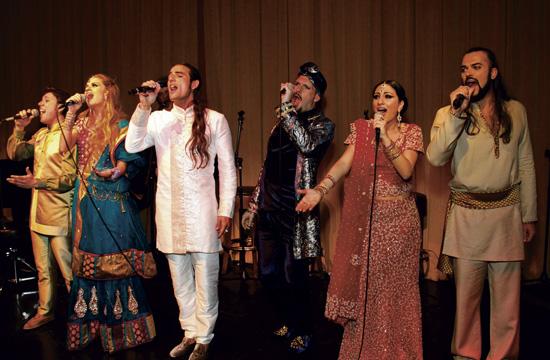 In 2012, Italian filmmaker brothers Paolo and Vittorio Taviani submitted “Caesar Must Die” for Best Foreign Language film, which had won the Golden Bear award at the 2012 Berlin International Film Festival.

It was a gritty, hard-hitting, gut-wrenching docudrama on the making of Shakespeare’s “Julius Caesar.”

What was particularly unique about this film was that it was shot in Rome’s maximum-security Rebibbia prison where the inmates, incarcerated for a variety of crimes from murder to rape, to crimes committed in the name of the Mafia, auditioned for the parts which cumulated into a stirring, almost professional performance by each of the actor/inmates.

Once again, a play, written and directed by Isabella Biffi, based on Herman Hesse’s iconic novel, has emanated from an Italian prison, this one from Milan’s Opera jail, also a maximum-security facility housing prisoners serving life sentences for an assortment of heinous crimes.

The play was so well put together, that the director decided to turn it into a full, professional production.

A casting call went out and 2,000 actors from Rome and Milan auditioned for the various roles in “Siddhartha, the Musical,” which subsequently had a successful tour throughout Europe.

Following the tour, the director and Executive Producer Fabrizio Carbon decided to carve out the songs from the original production and create a concert version, which was performed at Herb Alpert’s Vibrato Grill Jazz Restaurant* in Bel Air on Jan. 27 and 28 and continues on its tour in the U.S. and Mexico.

Briefly, for those of you not familiar with Hermann Hesse’s iconic novel, “Siddhartha” was one of the most widely read books of the Twentieth Century, ultimately earning Hesse the Nobel Prize in 1946.

It is the story of a young man’s spiritual journey in search of enlightenment. It takes place in the era of Gautama Buddha in ancient India.

Much to the dismay of his father, who is a Brahmin, Siddhartha breaks away from the family, becomes an ascetic, and embarks on his long journey to enlightenment, beginning with fasting, giving up all worldly possessions, and leading the life of a beggar, which is only the first in a long line of experiences and people he encounters along his spiritual path, each of which has a profound influence on him.

As in the original play, the songs in the concert version are performed in Italian, which is a disadvantage to audiences that might not understand Italian.  That said, however, between having “The Narrator” (Michelangelo Nari) tell the story in English, and the extraordinary, emotional, breathtaking performances by this most gifted ensemble, you can pretty much understand the lyrics set to original music by Fabio Codega with a distinct pop-rock score.  It would be difficult to pick out one outstanding singer as they all possessed powerful voices that beautifully told the story.

The outstanding cast includes Giorgio Adamo as “Siddhartha,” Paolo Gatti as “The King,” Michelangelo Nari as “The Narrator and “Govinda,” Valentina Spreca as “Yashodara,” Katy Desario as “Kamala,” and Gaetano Caruso as “Vasudeva,” with Music Director Beppe De Palma on the piano.

After experiencing these amazing singers, one could only hope that the full production will eventually come to America.

*Hands down, the best steak I’ve ever had.