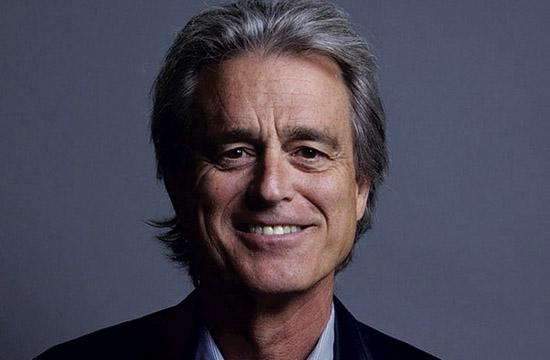 Bobby: I was frustrated by my inability to make the Veteran’s Project a reality. I saw homeless veterans eating out of dumpsters. How could that be when we had the opportunity to house them at the VA? Even though I have been working with the County and Federal government to create this housing, it is taking too long. I believe that we should do right by our veterans and we will if I am elected Supervisor.

I also went to the County Jail. Do you know the County is preparing to spend a billion dollars to build a new jail on the site of the old one in downtown L.A.? The saddest part is that the jail is the biggest mental health facility, and I say that with great irony. So many of the people in that jail are there because they are both homeless and mentally ill. We could and should do better.

When I ran for Santa Monica City Council in 2004 I knocked on doors to introduce myself to people. I heard so much about homelessness and I could see it was important.

I started to address the issue on Council. Fifteen to 20 percent of our homeless population are Vets. I thought, why not live at the VA instead of eating out of dumpsters?

We put out a good effort when I was on Council. We had some successes but were stopped by lethargy and bureaucracy.

I want to give back to my home community and to my country. What we do affects everyone and we are all part of one thing.

Bobby: My daddy never held an elected office but he was a person who could really get things done. He started the Peace Corps, Head Start, and the Jobs Corp. He started the best and most enduring programs of the last half of the 20th Century – all through the Office of Economic Opportunity.

I’ve been a reporter. I studied law at Yale and have practiced law. I thought I would use what I had learned and follow my father and find ways to contribute to our country without running for office. I’m a Shriver.

I learned, from my work on the Santa Monica City Council how important local government is. I thought about the successes in water quality and adding parks and sustainability.

The old Sand and Sea Club was an eyesore on the beach and a wasted opportunity. I was instrumental in bringing the pieces and the players together and now we have the Annenberg Beach House, the only public beach club on the Coast.

Bobby: I think of water quality in development terms. Our biggest energy consumption is in the electricity used to move water. Our long-term goal in the County must be to become water independent.

I’ve read there is enough water under the San Fernando Valley to meet the needs of our residents and businesses. But it is very polluted. There are a lot of reasons given why it can’t be cleaned and used. But if I am elected I am going to study it in great detail and figure out how it can be done. It may take 20 years but people should have the right to decide if that’s the right thing to do.

Traffic and transportation are talked about wherever I go. The County does not control the MTA but it has influence.

Light rail is coming to Santa Monica and it’s a big deal to know we can get to downtown in 40 minutes. To get just to Westwood now can sometimes take an hour.

I think the light rail will change everyone’s sense of freedom. Right now no one from the Westside feels they can go downtown for an evening out because of the traffic.

The 405 is another place where the County is not in control. I will do whatever I can to fix the problems of the 405.

We also have to protect and grow our open space in the Third District. The Santa Monica Mountains conserved lands are an important accomplishment and one we must continue to protect and expand.

The District includes miles of beaches and coastline and it is the job of the County to protect and enhance our natural environment.

I have experience in attracting capital. I did that over and over again on projects such as the work I did for my mom on the Special Olympics.

We have to act to keep the movie and TV business in L.A. We have to make California competitive again. Jimmy Fallon is just the beginning of the industry going to N.Y. because of the attractive business climate for the industry in N.Y.

Susan: As Supervisor how will you communicate with the people in your District?

Bobby: I’m very different from most people who run for office. I’ll do things differently. I’m an entrepreneurial person.

The most fun thing that ever happened to me because of being on the Council was having people coming up to me and telling me what mistakes I made.

The bureaucracy has different info than the people I talk to in coffee shops and on the street. I was a reporter right out of college and I wanted the real straight skinny. Being an elected official is like being a reporter in that the greatest thing was that you could learn in a coffee shop what you couldn’t learn in an official report. I hang out with people. I call people to see what they think. I still want the real straight skinny.

Local input is the most valuable input to have. Who wants to be told they’re wrong? But I still need to know. I believe honestly, from the bottom of my shoes, that public officials make mistakes without even knowing they’re making a mistake if they don’t talk to people who will tell them when they’re wrong.