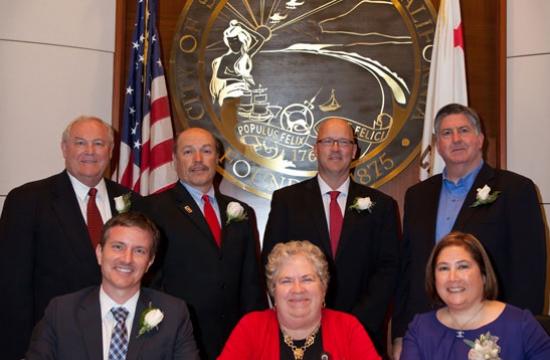 What actually happened at the Tuesday night’s Santa Monica City Council meeting? First, by a 4 to 3 vote the Hines Development Agreement was approved. Second, will this meeting and this decision be remembered as the signal for a ‘taking back’ of the Council and the passage of new ethics laws in Santa Monica, as promised by the speakers in opposition?

Councilmember Gleam Davis’ initial motion for approval included reducing the square footage of office space by some 47,000 square feet in order to have the project be 50 percent housing and 50 percent office with a commensurate reduction in parking. Along with other modifications including making the affordable housing prices more realistically affordable, adding inflation indexes, and defining the net zero energy requirements. Councilmember O’Day seconded Davis’ motion.

City Attorney Marsha Moutrie then informed the Council that the appropriate action would be to direct Staff to make the required changes and to return to Council with a revised Staff Report for a new First Reading of the revised Development Agreement.

Davis and O’Day were both concerned with the timing of the vote and were focused on having a project approval at the Feb. 4 meeting.

Council member Davis explained why she thought the Council should act to approve the project. She saw the approval as necessary because she thought the alternative would be the ‘reoccupying’ of the existing buildings on site and the traffic that would bring.

She said she had hoped to put forth a motion that would allow for a compromise and when it was clear that wasn’t happening she wanted to have an approval that night and so would make a motion that didn’t require any time delay in voting for approval.

Davis’ next motion eliminated the 42,000 square feet of reduction in commercial and the commensurate reduction in parking as those two modifications would require a new hearing. The motion continued to include modifications to affordable housing rates, and advanced marketing requirements to first responders, nurses, and teachers. The motion also required the AVR (average vehicle ridership) for the office space to be 2.0.

Council members Ted Winterer, Tony Vazquez, and Kevin McKeown did not support either of council member Davis’ motions. They continued to be concerned about traffic impacts, meeting the LUCE commitment for no net impact on PM trips, affordable housing, improving the jobs/housing ratio in the City, issues of environmental sustainability, and the corporate image of the architectural design as proposed not expressing the values of the Bergamot Area Plan nor of a ‘Village’ as the project describes itself.

The vote was called. Yes votes from Davis, O’Day, Pam O’Connor, and Bob Holbrook gave the developer the approval he wanted. But what did it give the City?

If we listen to the comments made by the overflow audience, filling the Council Chamber and the downstairs City Hall lobby at both the Jan. 28 and the Feb. 4 meetings we can expect challenges on all fronts.

Most telling was the SMRR letter urging the Council to vote against the project. The letter was backed up by the presence of Denny Zane and Patricia Hoffman who took the podium to speak publicly against the project. Zane was particularly concerned about housing. Given that Hoffman is the current Co-Chair of SMRR and Zane a SMRR policy and decision maker of many years standing this was a significant action by SMRR.

Davis, O’Day, and O’Connor won their elections with SMRR support. Given the importance of a SMRR endorsement in Santa Monica can we expect SMRR to not endorse and campaign for Davis, O’Day and O’Connor in the future? At the very least we know it means there will be quite a fight within SMRR on upcoming Council endorsements.

SMRR leaders weren’t the only heavy hitters in Santa Monica opposing the project. Leaders of all the neighborhood groups, representing the official positions of the groups, spoke against approval of the Development Agreement.

Audience members were predominately against approval but there were many supporters as well. Many people spoke in favor of the affordable housing component of the project. Contractors groups and Union groups spoke in favor of jobs that would be coming with this project knowing that the Development Agreement allowed for 10 years of construction and pointed out that this would provide good jobs. Respected early childhood educators spoke in favor of the financial community benefit promised for early childhood education as part of the Development Agreement.

Now that there is an approval, what’s next? Speakers promised a referendum on the project for the upcoming elections and the election of new Council Members.

Leaders of the Santa Monica Transparency Project, an organization focused on ethical reforms for donation reporting and voting rules, pointed out that Mayor O’Connor’s election debt had been paid by Hines and Hines associates and asked that she therefore recuse herself from the vote on the Development Agreement for the Hines project.

Transparency Project leaders and other speakers asked O’Connor to voluntarily recuse herself on ethical grounds even though she was not legally required to do so.

Really? What a mess. And my question is why did it have to be a mess. This should have been a great opportunity for the City. It’s not a bad project description, mixed use, affordable housing, open space, good new street improvements, good community benefits. But, as always, the devil is in the details.

What’s wrong with the project? In an overall way the project is out of sync with the scale and character of Santa Monica. It’s too big for the neighborhood where it’s located. It lacks urban politeness. The architectural design is corporate but the project description is all about creativity and art and sustainability and being cutting edge. The descriptive language is there but the architectural drawings don’t match the language.

There are significant negotiation flaws, especially in that it allows the developer to build most of the creative office space without requiring that a proportional amount of housing be developed at the same time. The affordable housing component is good but needs considerable refinement. How did this project get so far without these questions being asked and answered?

So we need to ask, ‘who’s minding the store?’ The Council is responsible for directing City Staff and the final say is with the Council. That is, until the voters have their final say and really that is what was promised last night at the council meeting.

In a poignant end to the meeting they adjourned in memory of Betty Mueller and Ann Hillard. Both Mueller and Hillard were long time Santa Monica activists, both were SMRR members, and both cared deeply about the City and its people. I miss them already.