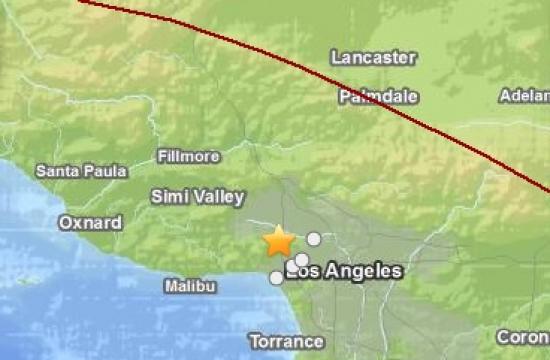 A 4.4 magnitude earthquake was felt on the Westside of Los Angeles after striking near Westwood on Monday morning. It was downgraded from a preliminary 4.7 magnitude shortly after occurring.

The United States Geological Survey (USGS) reported the small earthquake struck at 6:25 am at a depth of 5.3 miles.

Los Angeles Metro Rail operations were put on hold until about 7 am while its rail lines were inspected for damage, but none was found.

The Los Angeles Fire Department reports no incidents of quake injury or damage.