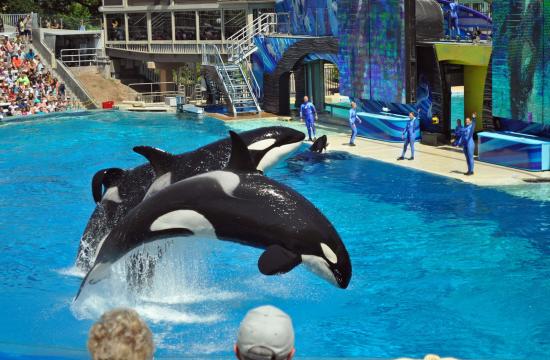 Assemblymember Richard Bloom (Dem-50th District) will speak about his proposed legislation that would effectively end Shamu shows at Sea World San Diego and force the theme park to release its 10 orcas back into the ocean.

Bloom will speak about his proposed “Landmark Orca Welfare & Safety Act” at 11:30 am today on the Santa Monica Pier.

“These beautiful creatures are much too large and too intelligent to be confined in small, concrete pens for their entire lives,” Bloom said in a statement. “It is time to end the practice of keeping orcas captive for human amusement.”

The original Shamu show began at Sea World San Diego in the 1960s.

Bloom was inspired by “Blackfish,” a documentary that tells the story of a Sea World trainer who died in 2010 when she was grabbed and pulled under water by a killer whale. The documentary claims orcas at theme parks suffer from boredom, stress, and possibly psychosis.

Bloom’s bill, if it were to pass, would make it against the law to keep a killer whale in captivity for performance or entertainment purposes. It would also require that Sea World San Diego release its 10 killer whales back to the ocean.

Sea World has previously defended itself saying that letting people see the killer whales up close is educational and helps with conservation.