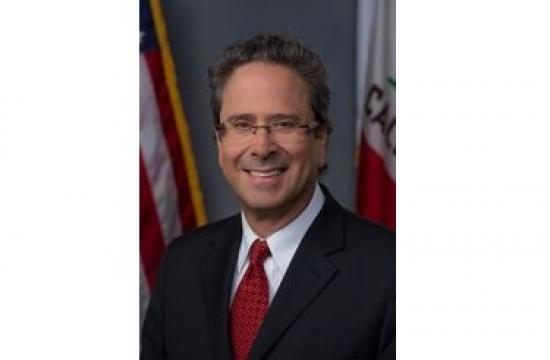 Amid recent reports that police could not immediately respond to the shooting last November at Los Angeles International Airport because the emergency phone system could not provide a location, Assemblymember Richard Bloom (Dem-Santa Monica) has announced that he is going to push for reconsideration of Assembly Bill 911, a bill he authored last to require system upgrades to help reduce response time.

“Currently, most emergency calls placed from a phone in a large facility such as an airport, school campus, hospital, or court house, cannot provide specific location of where the call actually originated. This means that operators are unable to immediately direct where first responders should go.

Most public safety organizations have implemented “Enhanced 9-1-1” (E911) service, which identifies the phone number and location from which a 9-1-1 call originates.

However, there is currently no uniform requirement that the information provided by the phone system making a 9-1-1 call conform to a certain standard.

While some MLTS users have configured their phone systems to provide precise location data to a PSAP, many have not.

E911 service can be extremely helpful to first responders in situations where a caller is unable to provide his or her location.

However, it is only useful if the phone system can provide an accurate location to the Public Safety Answering Point (PSAP).

Bloom said in urban skyscrapers, the physical address where the emergency occurred is of little use without knowledge of which floor to go to.

“Additionally, in some cases where all calls in a large phone system are routed through a central switchboard, the switchboard is physically located far away from where a call originates, and the PSAP may dispatch help to the switchboard’s location while the emergency is miles away,” he said.

Bloom said AB 911 addresses this problem by requiring multiline telephone systems in large complexes and temporary structures to install a Public Safety Answering Point technology that would provide 9-1-1 dispatchers, with the precise location of the caller.

Bloom said while the bill cleared the Assembly last year, the Senate Appropriations Committee held the bill last year out of cost concerns.

“I, too, think we should always be fiscally prudent,” he said. “But, when people’s lives are at stake, we need to make the necessary investments.  Nineteen other states already require this technology. Since we are constantly making upgrades to facilities to accommodate faster internet speeds, there is no reason why we cannot make this one-time investment happen. One important lesson of the LAX shooting, is that we are overdue for this technology upgrade.”