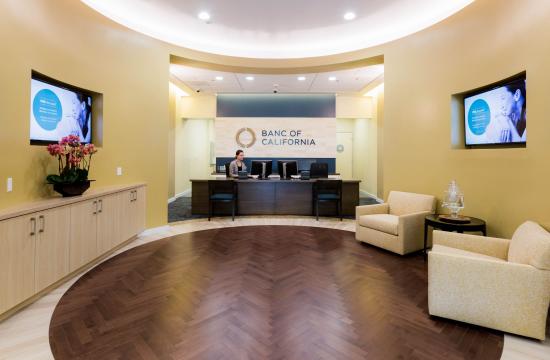 Banc of California has opened a new bank branch in Pacific Palisades at 530 Palisades Drive in the Palisades Highlands Village Plaza.

Banc of California is already an active and committed member of the Palisades community.

The bank served as the presenting sponsor of the inaugural Pacific Palisades Turkey Trot, a 2013 Thanksgiving Day event that benefitted “Hearts with Hope.”

Rena Alekperova, a Pacific Palisades banking veteran, will serve as the bank manager for the Palisades branch.

“I am excited to join Banc of California and bring their brand of fair and simple banking to the Palisades,” Alekperova said. “Our branch will provide the highest level of service in a family-friendly banking environment.”

Banc of California is a leading bank for small business, entrepreneurs, and homeowners throughout California.

With more than 1,400 employees and 70 locations, Banc of California is a $3.6 billion asset bank that will lend more than $5 billion to more than 10,000 borrowers this year.

Steven Sugarman, Banc of California President and CEO, said he was a resident of the Palisades.

Sugarman said he was delighted to bring the bank’s unique service model to the neighborhood.

“I am also thrilled to have Rena and her team join the Banc of California,” Sugarman said. “Rena has been a tremendous asset to the Palisades community for the last decade and we are excited to provide her the products and resources to continue to serve the community well.”