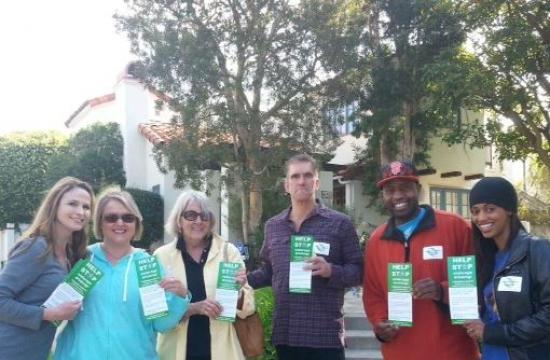 Members of the Westside Impact Coalition in Santa Monica will take to the streets today in anticipation of St. Patrick’s Day celebrations, distributing door hangers to Santa Monica neighborhood residents that remind adults throwing parties not to allow minors under 21 access to alcohol.

The Coalition will focus on the north of Montana and Ocean Park neighborhoods in Santa Monica.

The Coalition said St. Patrick’s Day ranks as one of the deadliest holidays in terms of drunken driving deaths.

“The National Highway Traffic and Safety Administration (NHTSA) reports that alcohol-impaired crashes claimed a life every 53 minutes in 2011,” the Coalition said. “On St Patrick’s Day alone, more than a third of fatalities from motor vehicle crashes — 34 percent — were connected to drunk driving, according to NHTSA. The national average for alcohol impaired fatalities in 2011 was 31 percent.”

The Coalition said house parties were consistently cited as the primary sources from which minors obtain alcohol, according to national and local research.

“The results are too often tragic,” the Coalition said. “Research shows that underage drinking is associated with increased risk of traffic crashes, illicit drug use, sexual assaults, alcohol poisoning and other problem behaviors including violence and suicide.”

The Westside Impact Coalition is a group of local parents, educators, health professionals, business people and others advocating for effective solutions to reduce problems related to alcohol in Santa Monica and Venice.

For more information about the Westside Impact Coalition, or to become involved, visit www.westsideimpactproject.org.