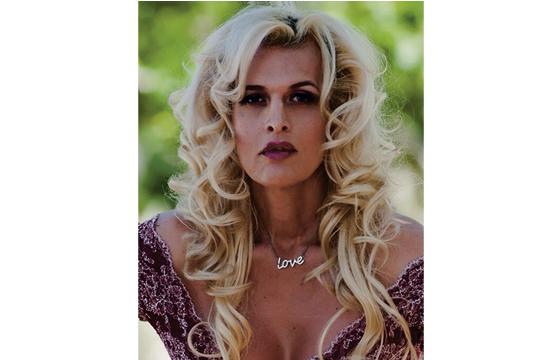 Assemblyman Richard Bloom formally introduced Desiree Jade Sol the 2014 Woman of the Year for his 50th District in a ceremony held Monday in Sacramento. The festivities were part of Women’s History Month, which continues through March.

A community volunteer and equal rights activist, Sol was recognized alongside with Woman of the Year selections from the other Assembly districts throughout California.

According to Bloom’s office, Sol is the second transgender woman to be named Woman of the Year since the honor became an annual tradition in Sacramento in 1987. A resolution is given to each honoree in the State Capitol.

“Desiree is the embodiment of this year’s Women’s History Month theme,” Bloom stated, adding his selection was motivated by Sol’s “commitment to fighting for equality and justice, treating all people with respect and dignity, ensuring no one feels ashamed or unwanted and teaching all of us that we can make a difference.”

“Her courage to live her life so openly and honestly and her commitment to helping others in the world are an inspiration to us all,” he continued.

Most recently, Sol, a West Hollywood resident, served as chair of the City’s Public Safety Commission. She also sat as chair of the sub-committee for the Los Angeles Human Relations Commission’s Transgender Working Group and is a graduate of the Los Angeles Police Dept.’s LGBT Police Academy. Sol also graduated from the West Hollywood Community Through Engagement Academy.

Each honoree was individually introduced in Sacramento.

Sol, who was also on the West Hollywood Transgender Advisory Board and advocated on behalf of transgender rights, is a third-generation Mexican American born and raised in Southern California.

“Her grandmother has passed on but continues to inspire Sol as she lives her day to day life, empowered, thoughtful, and supportive of all issues affecting the LGBT community, its allies, and humanity in general,” Bloom’s office said in a statement.

The State Senate has also recognized a Woman of the Year from its districts.