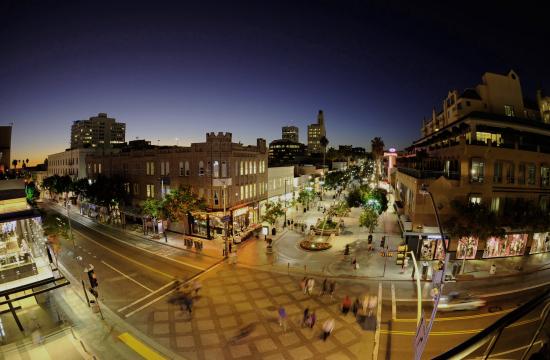 GoCoin, an international payment-services company, will occupy 7,000 square feet office space at 227 Broadway in Santa Monica after a multi-year office lease was signed earlier this week.

Avison Young Principal Randy Starr, based in the company’s Santa Monica office, represented GoCoin as well as the landlord, Third Street Limited, in the transaction.

GoCoin is relocating and expanding to occupy the entire third floor of 227 Broadway, also known as the Keller Block building, a 22,500-square feet building registered by the City of Santa Monica as a Historic Landmark.

The architecture of the three-story property, constructed in 1893, is a regional interpretation of the Romanesque Revival style.

With GoCoin’s lease, the Keller Block Building is now fully occupied. Other tenants include Partos Company, Papyrus, and the City of Santa Monica.

Starr said this was a strategic move to the heart of Silicon Beach in terms of location and recruiting new talent to the company.

“The challenge in finding a space for GoCoin was to identify a property that was as turn-key as possible so that the tenant wouldn’t have to go through the typical tenant-improvement construction process,” Starr said. “I was able to negotiate a below-market deal for the tenant, while saving the landlord capital in regard to construction dollars.”

Starr said the building offers GoCoin the ability to expand to additional creative space on the second floor as space becomes available.

GoCoin is moving its office from the Real Office Centers-ROC Santa Monica location – a collaborative workspace for startup companies.

Situated on the northwest corner of Third Street and Broadway, the Keller Block building has surrounding operable windows over the Third Street Promenade and Broadway and has a history of attracting creative firms.

GoCoin is a leading international payment platform enabling merchants to accept digital currency such as Bitcoin and, more recently, Litecoin