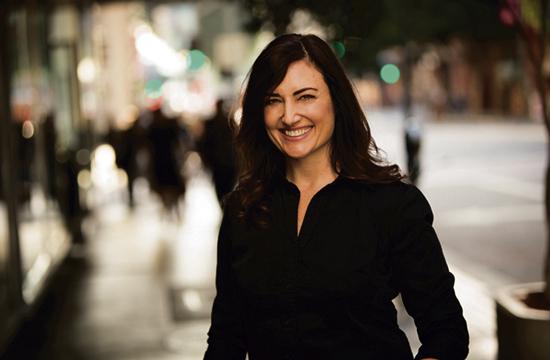 From the basement of Santa Monica College has emerged a brand new, interactive news platform that focuses on provoking thoughts and creating conversation within Los Angeles.

Every day, Brand explores local, national, and international stories through the unique lens of LA, in the sense that guest speakers and listeners alike can give relevant feedback in regards to the news stories.

The mission of “Press Play” is to serve as a news outlet that caters specifically to Angelenos by covering issues that listeners care most about.

Within a month, Brand has already discussed a plethora of topics, from entertaining events like the Sochi Olympics to more grave issues like the city-wide income inequality.

As a previous host of her own radio show, a co-host of a couple of National Public Radio (NPR)’s acclaimed news segments, and a fellow Southern California native, Brand offers a credible, distinct, and thought-provoking perspective for her audience, which coincides well with “Press Play’s” goal in examining stories that resonate most with locals.

For example, issues that hit close to home, such as the current drought, local college fraternities, and the Los Angeles County income divide, make plenty of room for listeners to respond and discuss.

She says that the concept of this radio show “organically evolved”: since most people are already aware of the top news stories of the day by noon, which is when “Press Play” airs, a larger conversation about the big picture naturally develops.

“Press Play” allows people to “take a step back” from the actual event and discuss its underlying implications and deeper issues, Brand explained.

“This is an exciting time for the entire station,” she said.

“Press Play,” however, is also looking to learn more about the multi-faceted City of Angels: one of the primary goals of this new radio show is to explore LA as a cultural hub and a major contributor in the national and international realms of politics, science, technology, and the arts.

This further exploration will be aided largely in part by the extent of audience engagement that will be utilized by “Press Play,” which will include the usage of social media outlets like Twitter, Facebook, and KCRW’s official blog (blog.kcrw.com/pressplay) to draw in the comments and concerns of the listeners.

KCRW also gathers listener input from the Public Insight Network “to crowd-source topics.” Brand, in addition to the rest of the staff, personally reads responses and listens to voicemails, eager to get conversation happening.

KCRW, the overarching service that “Press Play” airs under, is a community service of Santa Monica College and is one of NPR’s affiliates.

KCRW’s programming is also available worldwide at KCRW.com and through its smartphone apps.