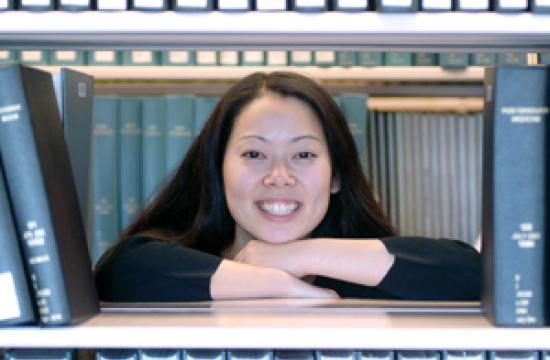 Maria Taesil Hudson Carpenter, Director of Libraries from Somerville, Massachusetts has been tapped to lead the Santa Monica Public Library.

Carpenter was chosen after a six-month, nationwide search. Once the hiring process is finalized, she will take charge of Santa Monica’s library system in June 2014.

With extensive experience managing library services and programs, Carpenter has covered the spectrum of library posts from, academic to public, and from instruction to collaborations with community partners.

She has a strong track record in leadership, innovation and obtaining grants. Prior to directing the libraries at the City of Somerville, Carpenter served as Director of Library Advancement, Marketing and Communications for Northeastern University in Boston, MA.

Santa Monica City Manager Rod Gould, who made the announcement on Friday, said he was delighted that Carpenter would be joining the City of Santa Monica.

“She has a proven track record as a collaborator, innovator and advocate, and is highly regarded as a team player,” Gould said. “She is a dynamo, and her ability to work closely with staff, colleagues and the community will have a great impact on our city. We are fortunate to have her ability to lead and create an exciting vision for our public libraries.”

“The outstanding quality of its facilities, services and staff is nationally renowned,” he said. “ I have no doubt that Maria will help us achieve our fifth straight year as a five-star-rated public library, and more.”

Carpenter said she was delighted to be joining an outstanding group of people working and volunteering for the City of Santa Monica and the Santa Monica Public Library.

“I very much look forward to leading Santa Monica’s award winning library system, getting to know its people, cultures, and neighborhoods, and together, envisioning the next stage of innovative library services that will optimally serve the community,” Carpenter said.

Acting City Librarian Wright Rix said Carpenter gave every indication of being a perfect fit for the Library and the community.

“New England winters notwithstanding, the many parallels between Santa Monica and Boston are quite resonant,” Rix said. “Ms. Carpenter’s educational achievements, relevant work experience and professional vision have impressed all of us.”

The City sought candidates for the City Librarian position from across the nation. The top two performers had interviews with the City Manager and key staff from multiple departments, including the Library management team.

As City Librarian, Carpenter will receive a salary of $186,648. She will manage an annual budget of over $12 million and more than 200 employees. The Library Department is comprised of a main library and three neighborhood branches. A new neighborhood library, the Pico Branch, will open soon in Virginia Avenue Park.

Carpenter has received nationwide recognition in her profession and holds a Master’s Degree in Library and Information Science from the University of Pittsburgh and a Bachelor of Arts Degree in Theater from Ohio Wesleyan University.

She will soon achieve her PhD in Managerial Leadership in the Information Professions from Simmons College, which is reputed to be one of the top schools in the country in this discipline.