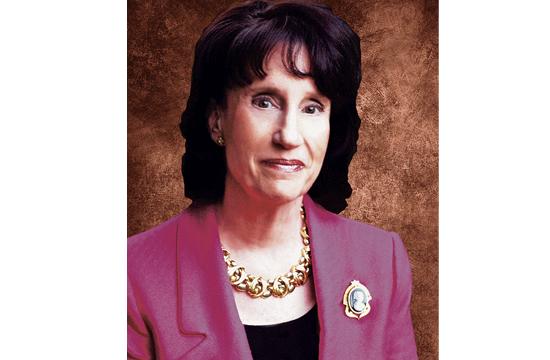 With the continuing rollout of the Affordable Care Act, local Obamacare expert Minda Wilson has taken it upon herself to warn individual policyholders on the Westside that they may be in for an unpleasant surprise and a large financial burden if they do not do their homework.

In other words, local policyholders may end up being charged by these facilities.

Wilson said many people are now thinking that everything is covered, but it’s simply not the case. This is one of the reasons why she founded the Affordable Healthcare Review, to educate Americans by presenting unbiased consumer-based, balanced information without cost.

Wilson said it was important for people to verify coverage at their nearby facility before purchasing a policy.

“What’s happening in the implementation of the Affordable Care Act in Los Angeles is, if you bought a policy through the Exchange, services offered by your local hospital system might not be covered under that Exchange policy,” Wilson said.

Wilson said the best way to avoid unexpected medical bills is to be proactive, not reactive.

“I want this message out there to prevent people going to a hospital or doctor, thinking they are insured, and then finding out they have to pay a big bill they didn’t expect,” she said.

“What I realized is, no matter what your political position, the barn doors are open and the cows gone. The provisions of the Affordable Care Act have already been incorporated into the system. You have to figure out what you’re going to do to implement healthcare in your own life, the lives of your employees, and the lives of your loved ones. I want to give people facts, non-partisan, and not politically skewed, so people can make intelligent decisions about their healthcare.”

Wilson said that the statement from President Obama that people can continue to see their own doctor is true, but said that the thing missing from that statement is who pays for that service.

“Anyone can see their doctor if they are willing to pay the cost,” Wilson said. “The smart consumer is someone who checks with their local doctor, their local hospital, and their providers of services to see if they are covered under a plan they are considering before they purchase it.”

For anyone who has not purchased a health care plan yet, Wilson said the private options are generally better than the public ones through the Exchange, especially for anyone who is not receiving a government subsidy.

“If you are a limited user of healthcare services, you are better off with a cheaper plan,” she said. “Even though you pay more for medical bills, it’s really just an emergency insurance plan in case something serious happens, like you are in a car accident or you break your leg snowboarding.”

However, Wilson said anyone who is a regular consumer of health care services needs to take a closer look at all the costs. She said people needed to add the cost of insurance to the costs they have to pay for medical bills and the deductible to calculate the total cost.

“One of the interesting things is that the policy costs are same whether or not you use a broker,” she said. “Since the cost is identical, you might as well use someone who’s knowledgeable to help pick a policy that’s best for you and verify whether your doctor is a participating physician in the network that is reimbursed by the policy.”

Wilson said the new law states that U.S. citizens have to enroll for a health insurance plan by March 31, 2014 or otherwise a fine will have to paid.

“Not having health insurance is not breaking the law,” she said. “It’s not having health insurance and not paying the fine that’s breaking the law. The fine is 1 percent of your income and the minimum fine is $95. There is also a cap. For people who are making relatively small amounts of money, the fines are relatively small. If you don’t pay the fine in your tax return, the only way the IRS can go after the money is through your tax refund.”

Wilson recommends that people overestimate their income for the purpose of getting subsidies. If people anticipate getting a raise they should include that extra money. If people get subsidized policies and their income tax shows that they made more money than the amount than they used to base the subsidy on, the IRS can use the full extent of the law to get that extra subsidy money back.

“They can get a judgment against you, attach your bank accounts, and garnish your wages,” she said. “This applies to subsidy money only. If you don’t pay the fine, the only way they are allowed to collect that money is through a tax refund that you may be entitled to.”

Wilson said a portion of the funding for the Affordable Care Act is being taken from cuts to Medicare, which means there will be changes in Medicare benefits.

“People who are on Medicare supplementary policies need to be aware they may have to get additional coverage for gaps in coverage that occur as they make cuts to Medicare,” she said.

For example, Wilson said Medicare used to cover 90 days in a rehab facility if a person had a broken hip. She said that has now been reduced to 30 days.

“If you bought your supplemental policy when the rule was 90 days, you may have a gap in coverage,” she said. “Without filling that gap with additional supplemental coverage, if you are in a rehab facility, they’ll now come to you on day 30 and say you have to pay for days 31 through day 90, if you continue to stay that long.”

Wilson said Medicare sends out notifications as changes and cuts are being made, but she said it can get confusing.

“This is especially a concern for people who are in their 40s and 50s who are responsible for their aging parents,” she said. “They need to watch out for their parents and make sure the gaps in coverage are being taken care of. Their parents may get these notices from Medicare and they either overreact saying are ‘Oh my god, what am I going to do with this’ or they may just throw it away. This is a real concern.”